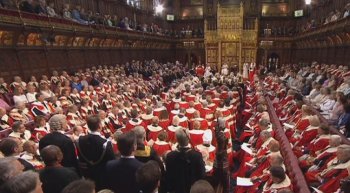 A new Extremism Bill will introduce "Extremism Disruption Orders"- previously promised by Theresa May, and "banning orders"- which will allow the Home Secretary to target and ban radical groups. Additionally, "closure orders" will give local authorities the power to close down premises used by religious extremists. An Investigatory Powers Bill is also promised, and it is thought that it will contain many measures blocked by the Liberal Democrats under the Coalition.

The Government claims the proposals will "promote social cohesion" and "protect people by tackling extremism".

When renewed plans for "Extremism Disruption Orders" were first announced by the Home Secretary earlier in May, the National Secular Society warned the plans could have a "chilling effect" on free speech.

Responding to the speech, NSS executive director Keith Porteous Wood commented: "There is a need to confront extremist ideology, but the vagueness of the orders and low prosecution thresholds are likely to result in a very significant threat to freedom of expression".

He called for a stronger civil society approach to tackle religious extremism, rather than one which relies on draconian new legislation.

The Christian Institute previously argued that the proposals could even exceed the Labour Government's 'religious hatred' plans or Section 5 of the Public Order Act in terms of the danger posed to free expression.

The National Secular Society has however welcomed the Government's apparent delay in delivering its manifesto pledge to scrap the Human Rights Act.

The Conservative Government's first Queen's Speech saw a pledge to "bring forward proposals for a British bill of rights". This has led to speculation that the Government will only offer a consultation, and will not press ahead with legislation to repeal and replace the Act.

Amnesty International responded that the UK already has a British Bill of Rights in the form of the current Human Rights Act.

Legislation will also be introduced to increase the powers of the Charities Commission to close down charities in breach of the rules. The National Secular Society has repeatedly warned about religious charities misusing their charitable status.