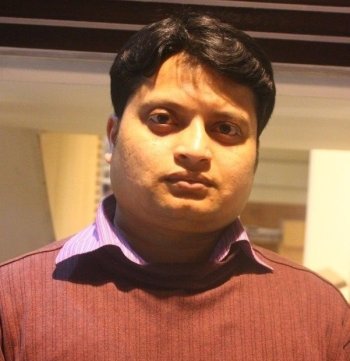 The National Secular Society is calling on the Government to do more to tackle global discrimination against non-believers, secularists and humanists- after a third Bangladeshi secular blogger was murdered.

The writer and blogger Ananta Bijoy Das was hacked to death by a gang in broad daylight as he walked to work. His death is the latest in a spate of similar killings targeting non-religious writers.

After other bloggers were killed, Das had previously told the International Humanist and Ethical Union (IHEU): "It seems to me I am one of the targets. I am not sure how long I will hide myself. But I am sure if they will find me they will do what they did with Mr. Avijit Roy. My life is seriously unsecured. I am not sure how can I protect myself & my family."

IHEU, with which the NSS is affiliated, said: "Ananta Bijoy Das had reached out to us at IHEU following the murders of Avijit and Washiqur. Accepting the very serious threat to this life, we advised Ananta in trying to make the difficult move out of danger. However, we have been informed that his application for a visa to travel to Sweden, under invitation from Swedish PEN, was rejected last week by the Swedish embassy in Dhaka, on the basis that he might seek to remain in Sweden."

Swedish PEN have now called for a "credible explanation" of why the Swedish Embassy did not grant Ananta Bijoy Das a visa.

Meanwhile, the National Secular Society has raised the case of an Ex-Muslim asylum seeker of Pakistani origin with the Home Office after he contacted the NSS to express fear that his apostasy would place him at significant risk of persecution should he be returned to his country of origin. His application has so far been refused by the Home Office.

A spokesperson for the National Secular Society commented: "We rightly hear a lot of discussion about protecting religious freedom abroad, particularly about Christians persecuted in the Middle East- but the Government must do more to guarantee freedom from religion as well. Non-believers and secularists are being targeted and killed.

"We join the call from the International Humanist and Ethical Union urging the Government to 'recognise the legitimacy and sometimes the urgency and moral necessity of asylum claims made by humanists, atheists and secularists who are being persecuted for daring to express those views.'"

The Conservative Party manifesto said that a Conservative Government would defend "the freedom of people of all religions – and non-religious people – to practise their beliefs in peace and safety, for example by supporting persecuted Christians in the Middle East."

IHEU added that the killers were "assassinating writers in an attempt to terrify a nation against voicing humanist and secularist values and ideas, and to deter any criticism of religious beliefs or religious authorities. Their vile campaign of intimidation and terror must be met — not with hollow words and appeasement — but with strenuous, rigorous justice."

The killers of Md Washiqur Rahman Baby, murdered on 30 March 2015, said they were doing their "Islamic duty."

A protest demanding justice for murdered secular writers in Bangladesh will take place outside the Bangladesh High Commission in London (SW7) at 4pm on Thursday 14 May. Full details here.