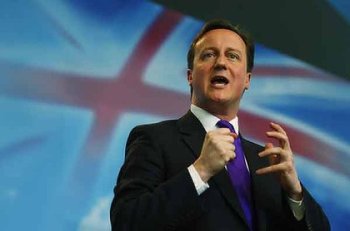 The National Secular Society has expressed concern at the Government's new proposals to challenge extremism and radicalisation.

Home Secretary Theresa May has announced renewed plans to introduce "extremism disruption orders" that would target those spreading extremist ideology.

David Cameron said: "For too long, we have been a passively tolerant society, saying to our citizens: as long as you obey the law, we will leave you alone."

The Guardian reported in 2014 that the EDOs, then blocked by the Liberal Democrats under the Coalition Government, would include "a ban on broadcasting and a requirement to submit to the police in advance any proposed publication on the web, social media or in print."

NSS executive director Keith Porteous Wood commented: "The Government should have every tool possible to tackle extremism and terrorism, but there is a huge arsenal of laws already in place and a much better case needs to be made for introducing draconian measures such as Extremism Disruption Orders, which are almost unchallengeable and deprive individuals of their liberties."

The NSS is concerned that the plans are currently very vague, and would have a chilling effect on free speech. The Society is calling for a stronger civil society response to counter extremism, and is critical of an approach that relies too much on new legislation.

The Christian Institute also criticised the proposed "Extremism Disruption Orders". Simon Calvert, spokesperson for the Christian Institute, said: "While everyone applauds the principle of tackling Islamic extremism, comments by David Cameron and other senior members of the Government suggest EDO's will exceed even Labour's notorious religious hatred Bill or Section 5 of the Public Order Act."

The NSS and the Christian Institute worked together, along with other civil liberties organisations to defeat the then-Labour Government's proposals to criminalise "deliberately insulting a religion."

Mr Calvert continued: "Last year the Government was forced to back down on proposals to outlaw 'being annoying in a public place'. Now it looks like they are returning to their theme with a vengeance.

"The Christian Institute warns the Government not to rush through these measures, but to engage with groups with a track record of defending free speech.

"In the current climate, there is a real risk that EDOs will be used to clamp down on legitimate expressions of dissent.

"If the Government does not ensure that there are adequate safeguards, then, because of the low burden of proof, it is perfectly plausible that comedians, satirists, campaign groups, religious groups, secularist groups, and even journalists could find themselves subject to these draconian measures."

A Telegraph editorial called on the Government to safeguard free speech, and argued that "In trying to protect democracy, the Government should be careful not to water down further our most precious value: freedom of expression."

The Quilliam Foundation, a counter-extremism think tank, was also critical of the Government's plans.