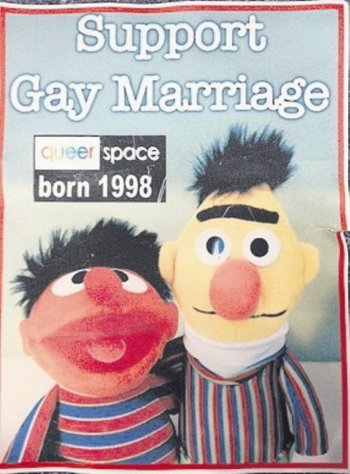 Belfast County Court has ruled that the Ashers Bakery, run by a Christian family, unlawfully discriminated against a gay customer who ordered a cake featuring a slogan in support of marriage equality.

In delivering her ruling, the judge said: "The defendants are not a religious organisation. They are a business for profit. There are no exceptions available."

The judge added, "as much as I acknowledge their religious beliefs this is a business to provide service to all. The law says they must do that".

Crucially, the judge ruled that the company had discriminated against the customer, Mr Gareth Lee, on the basis of his sexuality. She said, "I believe the defendants did have the knowledge that the plaintiff was gay" and described the bakery's actions as "direct discrimination for which there is no justification." The judge added that she believed Mr Lee would still have been treated less favourably by the company, even if the owners were not aware of his political beliefs.

The judgement also said that "the defendants are entitled to hold and manifest their religious beliefs but in accordance with the law."

In addition to discriminating against Mr Lee on the basis of his sexual orientation, the judge also found that Ashers Bakery discriminated against him on "political or religious" beliefs.

David Allen Green, the lawyer and writer, commented that "religion is legally irrelevant" in the case. He said that it was "misleading" to "emphasise the religions of the defendants" and that the case was about a "clash" between the "liberal principles" of "freedom of contract" and "non-discrimination."

The case came about after a customer ordered a cake from the Ashers Bakery with a slogan (pictured) supporting same-sex marriage, only to be contacted subsequently and told that the order was cancelled because the message was against the company's Christian beliefs.

Partly in response to the case, the Democratic Unionist Party is proposing legislation to allow exemptions for businesses to refuse services to customers because of "strongly held religious convictions". The National Secular Society has spoken out about the proposal, and previously warned that it would legitimise discrimination against minority groups.