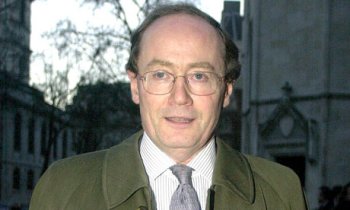 The National Secular Society has strongly rejected the comments of a former High Court judge, who said atheists and secularists exhibit an attitude to "freedom of speech which is as restrictive of that of Elizabeth I or Burghley."

The former judge, Sir Michael Tugendhat, said secularists seek to limit freedom of religion and speech "to the private sphere" and accused secularists and atheists of denying people's rights to religious freedom and freedom of speech.

NSS campaigns manager Stephen Evans commented: "This is a complete distortion of history, and a deliberate misreading of secularism. To look at the world today and conclude that secularism is the threat to free speech and religious freedom is in complete denial of reality."

Sir Michael went on: "Secularism comes in different forms. It can be neutral, as it usually is in the United States and sometimes is in France, but it can also stand for hostility to belief."

"The terrible story of the Tudor-Stuart religious divisions should be a reminder that freedom which is confined entirely to the privacy of a person's home is a form of oppression."

The former judge said: "When I started my professional career, lawsuits involving religion were absolutely unknown." He added that, "in the last 10 to 15 years they have become increasingly frequent."

He reportedly compared the position of Christians in the UK today to "that of Catholics under the reign of Elizabeth I."

According to the Catholic Herald, Sir Michael, himself a Catholic, said that equality legislation did not protect the beliefs of Christians.

Stephen Evans added: "Despite whatever Sir Michael may think, human rights and equality laws do protect religious believers. Freedoms of conscience apply equally to all. He seems to think human rights should privilege religious beliefs and give Christians the untrammelled right to trample over the rights of others. This strikes at the heart of equality and fairness, the very foundations on which justice should be built upon."