Court ruling: local authorities are under no obligation to subsidise transport to faith schools 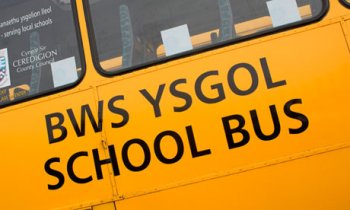 A judge has ruled that the state is not obliged to subsidise transportation to and from faith schools, despite ruling in favour of a Catholic school in a case over subsidised school transport.

The Bishop Vaughan School has won only two out of six grounds of its case against Swansea Council over the Council's policy of phasing-out funding for subsidised transport to faith schools. Although the judgement will require Swansea's policy to be revised, the judge ruled that the state is not obliged to be "[subsidising] and/or paying the whole cost for transportation between home and school." The judgment is therefore unlikely to result in forcing any significant reversal to the cuts made in England.

However, on the specifics of this case, the judge upheld the complaint against Swansea Council, ruling that the policy indirectly discriminated against black and minority ethnic (BME) children. The judgement concluded that the amended policy indirectly discriminated on grounds of race by maintaining free transport to 12 Welsh language schools where the intake is overwhelmingly white, whilst withholding it from prospective pupils of the county's six faith schools where pupils are far more likely to be from BME backgrounds than the average Swansea child.​

Swansea Council discontinued transport funding for pupils attending faith schools farther away than mainstream schools, but continued to fund transport for students attending Welsh-language schools. Whilst assistance to faith schools is made on a discretionary basis, the Council believed itself to be under a statutory duty to provide subsidy for parents who choose to their children to Welsh medium schools; the judge thought they had put too much emphasis on this.

The Council stressed that pupils would have still been able to access a "good local school" and that the change was being implemented over six years, so that current students who benefit from the subsidy are not impacted.

However, the Bursar of Bishop Vaughan School described the policy as "brutal" and the school governors, along with a pupil from the school and the Diocese of Menevia, claimed the policy was unlawful. Though they have won their case on other grounds, the judge ruled that the state is under no obligation to subsidise costs to faith schools.

"We are relieved that, crucially, the court ruled that the policy did not discriminate on grounds of religion or belief and that Councils' obligations do not extend to subsidising or paying the whole cost for transportation between home and school. We applaud that and doubt therefore that the judgement will lead to local authorities in England being required to reverse their cuts to subsidies in faith school transport.

"There were problems, however in stopping the subsidy for faith schools while retaining it for Welsh medium schools; subsidies may have to be for none or both.

"We do not see this as an issue of discrimination against the religious. The cuts eliminate a privilege under which the religious have had subsidised transport denied to others."

The full court ruling can be read here: https://www.secularism.org.uk/uploads/diocese-of-menevia-v-city-of-swansea-(approved)-20.pdf​