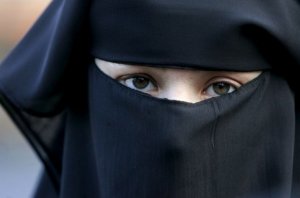 Over 90% of barristers would support some limits on face veils during trials, it has emerged.

A poll by the Bar Council of 400 of its members found that 57% of barristers would insist that face veils were removed for the entirety of court proceedings, while a further 34% supported a ban only when a defendant was giving evidence. In total, 91% are in favour of some restrictions.

These figures emerged following controversy over remarks recently made by Lord Neuberger, which were widely reported as calling for Muslim women to be free to wear face veils.

Lord Neuberger criticised the way his lecture was reported, a Supreme Court spokesman commented: "Lord Neuberger would like to emphasise that he did not say that Muslim women should be allowed to wear a full-face veil while giving evidence in court."

This was first reported in the Daily Telegraph under the headline "Muslim women should be allowed to wear the veil in court, top judge suggests".

Home Secretary Theresa May previously said that the question of face veils in court rooms should be left for judges to decide upon, and the National Secular Society has called for clear guidance on the issue.

Writing to the NSS in November 2013, HM Courts & Tribunal Service said the Lord Chief Justice was "considering what guidance should be issued" and promised a public consultation would open in the "near future".

The issue arose following a case in which Judge Peter Murphy sitting at Blackfriars Crown Court ruled that Rebekah Dawson, who faced a charge of witness intimidation, must remove her veil when giving evidence, but could do so from behind a screen or via video link, hiding her from public view. Ms Dawson was free to wear the niqab for the duration of the trial, when not giving evidence herself.

In the ruling, the first of its kind, Judge Murphy said that to allow the woman to give evidence with her face covered would "drive a coach and horses through the way in which justice has been administered in the courts of England and Wales for centuries".

NSS executive director Keith Porteous Wood commented that the wearing a full face veil "might conflict with justice being seen to be done, or even justice being done" and called for the matter to be resolved once and for all.

He said: "It is now 18 months since Judge Murphy spent a great deal of court time dealing with the question of full-face veils, and made a heartfelt plea for central guidance to avoid this inefficient use of expensive court's resources being replicated elsewhere. The Lord Chief Justice's office has been dealing with this for a long time but seems disappointingly reluctant to issue any direction.

"The opportunity should be taken to consider the position of defendants and witnesses, Judges and court officials, lawyers, and the jury. We believe none of them should be veiled."

See also: Position statement on the burka/niqab and face veils in court