75% of Britons have never been influenced by a religious leader 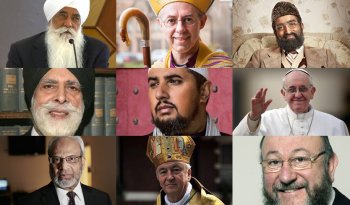 When asked if they have "ever been influenced by a religious leader", 75% of respondents answered no, while just 19% said they had.

44% of respondents said that religious leaders "should comment on political and economic matters", compared with 39% who said they should not.

NSS president Terry Sanderson commented: "In a free society there is no problem with religious leaders speaking out on issues that concern them, but they should not do so from a place of privilege. It is wrong – for example- that Bishops have seats reserved for them in the House of Lords and are in a position to interfere with the democratic process. This gives them unwelcome and disproportionate influence.

"There have also been a worrying number of recent reports about religious leaders and groups trying to religiously influence voters in an inappropriate way, and even using religious intimidation."

Some Conservatives were very critical of the Church of England's interventions in the run-up to the General Election. Conservative MP Nadine Dorries argued in February that a letter sent by Anglican bishops before the General Election asking for a "fresh moral vision" for the UK was very "left-wing leaning." She added that the Church was "very keen to dive in on political issues when actually no-one is asking it to."

In contrast, 59% of Labour voters agreed that religious leaders should comment, compared with 29% who said they shouldn't. 63% of Liberal Democrats answered yes, while 29% said no.

As with Conservative supporters, UKIP voters were opposed to religious leaders commenting on politics. By 54% to 31%, UKIP supporters were against religious figures remarking on political and economic matters.

After being prompted with the names of several religious leaders, including the current Archbishop and his predecessor, 45% said none of the figures named had made the "best contribution to moral and religious life."

Polling earlier this year found that 62% of Britons says they are not religious.