Survey: UK is one of the least religious countries in the world 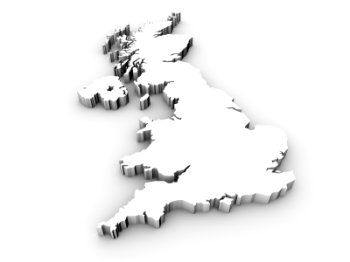 A survey by WIN/Gallup international, which questioned 64,000 people in 65 different countries, has found that the UK is the sixth least religious country in the world.

The survey mirrors recent polling reported by the NSS which found that just 36% of Britons said they were religious. 62% said they were not religious, and 68% said religion was not important to their own lives.

According to the WIN/Gallup research, China is the least religious country in the world, with only 6% saying they were religious, and 61% of Chinese people describing themselves as atheists. Japan, Sweden, the Czech Republic and the Netherlands followed, each with large non-religious majorities.

Stephen Evans, National Secular Society campaigns manager, commented: "It's striking that of the least religious countries, the UK is the only one with an established state religion. Instead of burying their heads in the sand and constantly repeating the mantra of the UK being a 'Christian country', perhaps the time has come for politicians of all stripes to recognise the need to reflect the reality of changing times by separating religion from the state."

The five most religious countries were Thailand (at 94%), followed by Armenia, Bangladesh, Georgia and Morocco.

Russia, which has undergone something of a religious resurgence since the end of the Cold War, also had high levels of religiosity; with 70% of Russians describe themselves as religious.

Russian President Vladimir Putin praised the Orthodox Church for fostering "patriotism" among young Russians, and said the Church plays an "enormous formative role in preserving our rich cultural and historical heritage and in reviving eternal moral values". The Orthodox Church recently demonstrated its influence in Russian public life after a row over a 'blasphemous' opera saw the head of the Novosibirsk theatre fired by the Culture Minister.

While atheism and non-belief is on the rise in the west, globally the picture is very different. The president of WIN/Gallup commented, "with the trend of an increasingly religious youth globally, we can assume that the number of people who consider themselves religious will only continue to increase."

Population projections published last week pointed to a diminished population share for the religiously unaffiliated, even as their numbers increase, and a large increase in both Christian and Muslim populations across the world over the next half century.