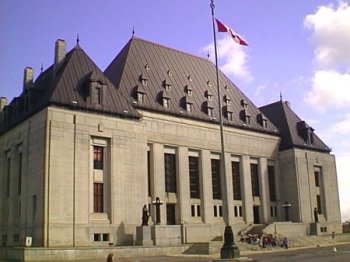 The Canadian Supreme Court has ruled that a municipal council in a Quebec town may not hold prayers as part of its official meetings.

In a unanimous ruling, the court found that the practise of holding religious observances during official meetings is unlawful. The mayor of the town of Saguenay had argued that the prayers were part of Quebec's religious heritage however the court has rejected this argument.

Justice Clément Gascon wrote: "Sponsorship of one religious tradition by the state in breach of its duty of neutrality amounts to discrimination against all other such traditions."

The court concluded that the prayers "exclude non-believers."

The case came after the town of Saguenay in Quebec was challenged by Alain Simoneau, an atheist, who took his complaint about the prayers to a human rights tribunal. The case has been running for almost nine years, in an extended legal battle.

The judgement said the state must "remain neutral" in matters of religion and belief.

"When all is said and done, the state's duty to protect every person's freedom of conscience and religion means that it may not use its powers in such a way as to promote the participation of certain believers or non-believers in public life to the detriment of others."

The Quebec Secular Movement which supported Simoneau's case said: "A public institution is open to everyone and it's not the place to hold public worship, so I think the message is very clear from the Supreme Court."

The National Secular Society has campaigned against councils holding prayers in England and Wales, and won a High Court ruling which found the practise to be unlawful.

However, the Government-backed Local Government (Religious etc. Observances) Act, passed at the end of the last parliament, means that councils can now hold prayers at the start of their meetings.

NSS campaigns manager Stephen Evans commented: "The Canadian Supreme Court could teach UK Communities Minister Eric Pickles a thing or two about respecting everybody's freedom of conscience and religion equally. It is a shame that our Government fails to realise how anachronistic it is to allow – and even encourage – local authorities to hold prayers during meetings. The UK should be brought into line with other democracies, and the law revised to reflect basic principles of fairness."