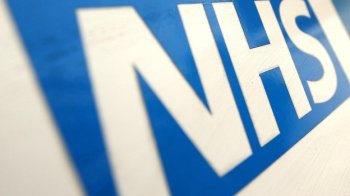 New guidance published by NHS England will require hospitals in England to consider the needs of non-religious patients by ensuring they have access to appropriate pastoral care.

The National Secular Society has cautiously welcomed the new guidance, after previously criticising an earlier draft for failing to adequately recognise the needs of patients who do not identify with a religious faith. The NSS has longstanding concerns about the inappropriate and unsustainable nature of faith-based chaplaincy in the NHS.

The report, Promoting Excellence in Pastoral, Spiritual and Religious Care, sets out to "respond to changes in the NHS, society and the widening understanding of spiritual, religious and pastoral care."

The guidance states that "it is important to note that people who do not hold a particular religious affiliation may still require pastoral support in times of crisis" and defines chaplaincy as "intended to also refer to non-religious pastoral and spiritual care providers who provide care to patients, family and staff".

The guidance also makes clear that patients and service users have a right to expect that chaplaincy care will be experienced as neither insensitive nor proselytising.

NSS campaigns manager Stephen Evans commented: "The acknowledgement that the non-religious should have equal access to appropriate pastoral support is to be welcomed. As the new guidance acknowledges, society has changed drastically in recent years, and a significant number of patients are not being best served by religious-only chaplains.

"However, the adoption of a multi-faith approach, rather than a truly secular system of chaplaincy, is problematic. With finite resources available, there is a real risk that a multi-faith chaplaincy service will still leave the non-religious and those of minority faiths disadvantaged.

"Rather than providing chaplaincy within a religious framework, the NHS should strive to offer emotional and practical support to all patients and staff equally – with pastoral care positions being open to anyone with the necessary skills to provide such support, regardless of their religion or belief.

"Religious care, where required, could be provided and funded by the religious communities themselves".

Dr Antony Lempert of the Secular Medical Forum said: "The recognition by NHS England that it is not only religious people who require comfort and pastoral support at times of distress is welcome and long overdue."

He added that whilst the new chaplaincy guidance is "certainly a step in the right direction" it "doesn't go nearly far enough." Dr Lempert noted that there is still a requirement for chaplains to "abide by the requirements of their sponsoring religious or belief community" and argued that "in certain cases this may result in conflict between the traditional views of some religions and in particular disapproval of certain lifestyle choices or expression of sexuality and the non-judgmental, supportive role that all NHS staff should be offering."

Dr Lempert added that "it is encouraging that the authors of the new guidance have at least recognised this potential conflict and have advised that all chaplaincy staff should adhere to equality legislation above all." However he questioned how this was to be reconciled in practice with the fact that "certain religious groups following religious dogma have fought equality legislation tooth and nail."

"The recommendation that a proportion of NHS jobs be reserved for people of faith runs counter to the direction and spirit of equality legislation. If chaplains are to be employed by the NHS, about which there remains considerable debate, then they should be employed on merit just like everybody else.

"All chaplains should be able to provide succour and support to all patients irrespective of their own or the patients' personal beliefs. If specific religious care is requested by patients then the chaplain should be able to signpost patients in the right direction.

In 2009/10 NSS research revealed £29 million was spent on hospital chaplaincy from NHS budgets.