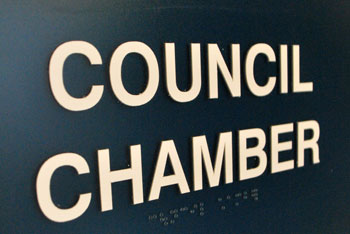 A Bill enabling local authorities in England to hold prayers as part of their official business and to "support or facilitate" religious events has cleared its latest hurdle and is set to become law.

The Private Member's Bill, introduced with assistance from the Department of Communities and Local Government, would reverse the High Court's decision in 2012 in favour of the NSS in National Secular Society and Clive Bone v. Bideford Town Council which ruled councils had no powers to hold prayers during meetings.

On 13 March during the Committee stage debate in the House of Lords, a number of peers strongly criticised the Local Government (Religious etc. Observances) Bill.

Lord Avebury (LibDem), a National Secular Society (NSS) honorary associate, said: "It is no triumph for democracy if local authorities and other bodies covered by this Bill are given power to impose something which is bound to divide members from one another according to their religion or belief."

He added that those, both councillors and staff, not wishing prayers were put in a position that was "unwelcoming, discourteous and divisive", illustrating his concerns with the experiences of a Muslim former Tory councillor in Reigate and Banstead Borough Council. He had found the imposition of Christian worship "wholly alienating" and was ostracised by fellow councillors after raising objections.

But the Conservative peer Lord Elton, a member of the All Party Parliamentary Christians in Parliament Group , said he saw no problem with those not wishing to participate in prayers having to "wait outside and then come in".

Lord Avebury also refuted justifications for the Bill based on entirely erroneous interpretations of the Court ruling, suggesting for example that councillors would be powerless to attend events such as remembrance services.

Lord Avebury said that "The ruling could not, by the greatest stretch of the imagination, apply to events outside the council chamber and that applies not only to private meetings for prayer but to voluntary attendance at remembrance or other religious services, which are not remotely controversial."

The Earl of Clancarty, Nicholas Trench (a cross bencher), said the legislation deserved proper scrutiny, and noted that that whilst some Private Members' Bills have "close to unanimous support from Peers and public alike", the Local Government Bill is "not such a bill." The Earl said he was "very glad that we have had a proper debate" on the Bill, which had gone through the Commons without a vote, in an almost empty chamber.

The Earl suggested that the proper response to the 2012 High Court ruling would have been to ask how widely shared are the concerns that individuals may feel excluded by prayers were. Instead, he accused the Government of simply putting things back to where we were, sweeping such concerns under the carpet and refusing to acknowledge them.

Lord Cashman (Labour), another NSS honorary associate, criticised the Bill's the desire to entangle politics and religion. He said: "I believe that many of the problems that we face in this country and in the world today are because religion and belief occupy to a larger and greater extent the public space, with a direct connection with politics."

He said he had "deep concerns about the intentions of the Bill and, subsequently, the unintended consequences that could occur, not only in council meetings within our cities and suburbs but within those other places, in committees and meetings, to which the Bill extends prayers."

Baroness Flather (Cross bencher) said she would never accept that prayers should be a part of council meetings because religious worship was "not council business".

Lord Taverne (Lib Dem) said the Bill was "a step in the wrong direction". "The influence of politics and religion should be kept apart through the separation of church and state, and the Bill does not do so", he said.

Peers opposing the Bill had tabled several amendments which would have gone some way to addressing secularist concerns. One would have required a two-thirds majority of local authority members to agree before religious observances could be carried out as part of official business. Another, tabled by Earl of Clancarty and Baroness Flather sought to replace prayers or other religious observance with a period of silent prayer, in the interests of ensuring "scrupulous impartiality of councils towards all beliefs and non-beliefs".

The Bishop of Leicester, who led prayers in the chamber immediately before the debate, said that in his experience the argument for prayer in public comes from the leaders of the many faiths in Leicester, and said "the solidarity of people standing together in respect for the divine is a very significant part of how we preserve cohesion in our society."

Lord True, leader of the London Borough of Richmond, which starts council meetings with prayer, said he would "vastly prefer it if the National Secular Society did not go round the country seeking to drive out aspects of faith in public life" and accused secularists of bring division where there is none.

A YouGov poll conducted following the 2012 High Court ruling on prayers showed that 55% of respondents were against councils holding prayers with only 26% of respondents in favour.

However, noting the support for the Bill in the House of Commons and there being no prospect of successfully amending the Bill, all amendments were withdrawn.

The Bill is now like to receive Royal Assent before Parliament is dissolved on 30 March ahead of the general election.

Speaking after the debate, Nicholas Trench, the Earl of Clancarty, commented: "'With a large presence in the house of peers in support of the bill – the sentiment in the Chamber did not reflect the more evenly divided opinion of the country, where a majority would be rather happier if council prayers were dropped. The public is ahead of Parliament on this. Perhaps traditionally religious beliefs have been part of spurring people into public life and therefore into Parliament, but that this is not necessarily so today, nor how it will be in the future".

NSS campaigns manager, Stephen Evans, commented: "It is a shame that defenders of the Bill dwelt so much on the 'freedom' of councils to hold prayers, and did not properly consider the religious liberty of individual councillors, many of whom simply want to conduct the business for which they have been elected, and not to have other people's religious beliefs imposed on them.

"Despite being granted a new power to pray, we hope local councils will choose not to turn town halls into places of worship and ensure that their meetings are conducted without anyone feeling compelled to participate in prayers, or feeling in any way excluded."

The full debate can be read at Hansard.