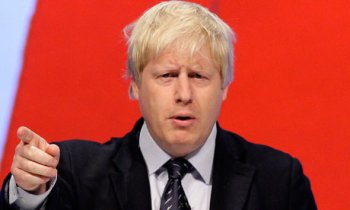 London Mayor Boris Johnson has described Anglican bishops with the automatic right to a seat in the House of Lords as "clerical fossils."

Speaking to LBC, the Conservative politician discussed the separation of church and state in the UK and said that the division "is not perhaps as thoroughgoing in this country as you might like to think."

The Mayor told listeners, "don't forget we have bishops sitting by right in our upper house" and added that it was an "an interesting fact" that the UK has "some clerical fossils still in our legislature."

In recent months bishops in the House of Lords have opposed mitochondrial donation, and they opposed equal marriage legislation in 2013.

Twenty-six bishops, including two archbishops, currently have the automatic right to a seat in the House of Lords. The National Secular Society, which campaigns against religious privilege, welcomed the Mayor's comments.

NSS campaigns manager, Stephen Evans, commented: "It's refreshing to hear a politician advocating for the principle of the separation of church and state. We see all around the world the conflict that is created when religion and government are entwined.

"The position of the bishops in the House of Lords means that they have privileged access to the political process and the ability to vote on laws that apply to us all. Britain is incredibly religiously diverse and many of us don't hold or practise any religious beliefs. Mr Johnson is therefore right to recognise that our political structures should reflect the reality of changing times by separating religion from the state.

The Mayor's comments came in response to a question about sharia 'courts' operating in the UK.

Mr Johnson warned of what he called a "system running in parallel with UK justice". He said: "Everybody must be equal under the law, and everybody must obey the same law. That is absolutely cast-iron."

He was very critical of previous comments on sharia made by some Anglicans, and took what he called "grave exception" to support for sharia tribunals. Mr Johnson noted that "clerics in the Church of England… [have] said we should be a little bit indulgent" about sharia law and he said "I won't have it."

The Mayor added: "I'm worried sometimes by the faint bat-squeaks of support that I hear for that idea even from clerics in the Church of England."

Former Archbishop Rowan Williams argued in 2008 that the introduction of some elements of sharia law in the UK seemed "unavoidable".

He said that if people "want to have some ceremonial proceeding according to religious ritual or whatever, that is fine. But the actual implementation of the law has got to be done in British courts according to British law, agreed by Parliament.

"That is where the law emanates from. The law emanates in the end from people voting for MPs who enact the statutes which we all obey. That gives this country a vital equality."

The Mayor was speaking the day after Home Secretary Theresa May promised a review of how sharia courts operate in the UK, which was welcomed by secularists.

Mr Evans added: "Secularism is much maligned by those seeking to maintain religious privilege by supporting a multi-faith approach, but secularism remains the only sensible framework for ensuring that all citizens' personal freedoms of religion or belief and conscience are equally respected."