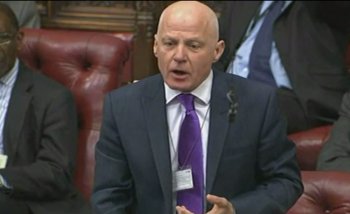 A debate in the House of Lords has seen cross-party condemnation of the Government over its failure to implement legislation intended to protect citizens from caste-based discrimination.

National Secular Society honorary associate Lord Avebury tabled a question in the House of Lords to ask what the timetable was for "implementing the legislation to incorporate caste as a protected characteristic under the Equality Act 2010."

In response, Baroness Garden replied that the Government has "no immediate plans to incorporate caste into legislation."

The Baroness said that a recent Employment Appeal Tribunal judgement opened the possibility of caste-based discrimination claims being made under the "ethnic origins element of Section 9 of the Equality Act 2010." However, Lord Avebury questioned whether this was actually the case, and raised the opinion of the Equality and Human Rights Commission that the judgement Baroness Garden referred to "is not binding on all future cases of caste discrimination" and that further legislation was still needed.

Baroness Garden declined to commit a future Government to outlawing caste discrimination, and stated only that an "incoming Administration will need to consider how to discharge their legal obligations in respect of the outstanding duty to legislate" on the matter.

Baroness Thornton said that "the issues cannot be ignored or side-lined" given that caste-based discrimination cases were "coming before the courts", and called for "clarity" in the law.

Lord Deben noted that Peers had "specifically refused to support the Government's position and refused to accept the delay" in new legislation.

Baroness Garden stated the Government was "conscious of the delay in this matter" and that she "recognised the frustration" over the lack of new legislation.

NSS honorary associate Lord Cashman (pictured, top right) was highly critical of the fact that no action had been taken, and said "all discrimination is difficult to deal with, but such procrastination is entirely unacceptable." Lord Cashman urged the Minister to "please report back the strength of feeling in this House that the procrastination is entirely unacceptable."

A report commissioned by the previous Government on caste discrimination in the UK found that the personal consequences of caste discrimination and caste-based harassment include "reduced career prospects, lower earnings; detrimental effects on education; social isolation; reduced access to social provision; depression, loss of self-esteem, loss of confidence" and "public violence."

Research suggests that as many as 200,000 people living in the UK may be suffering from caste-based discrimination, though figures vary. Campaigners have previously said that "thousands suffer abuse and prejudice because they are considered low caste."

The government has faced strong criticism for stalling on plans to make caste-based discrimination illegal. In December 2014 The Sunday Times reported that "senior Whitehall sources" claimed David Cameron had personally blocked proposals to outlaw caste discrimination, even though the measures had previously been agreed to by ministers. According to the source, "it was all signed off and ready to go but Cameron said this is not happening before the election. We are pretty shocked that he is overruling the will of parliament."

Keith Porteous Wood, Executive Director of the National Secular Society, said: "The Government has been directed to introduce anti-discrimination legislation on caste by Parliament and the UN. For it to defy both suggests conflict with a strong vested interest."

He added: "This would be consistent with a letter we have been shown from a Government Minister written in February 2012, which argues that it should not only be the 'victim communities' 'most susceptible to being victims of any caste discrimination or harassment' that should be consulted, but the 'the wider Hindu and Sikh communities' too. Is that not like saying that sexists or misogynists should be allowed to veto sex equality legislation?

"Our legal advice suggests that the Government is required by treaty obligation to implement the UN recommendation. I hope the Government will rethink its unworthy stance, which compounds the abuse suffered by those considered of 'low caste', and move quickly to introduce the legislation demanded of it."

Mr Porteous Wood added: "Existing law only protects some victims of caste-based discrimination, and cases brought under it would be complicated and problematical and therefore expensive to prove. We are already aware of one victim being financially ruined by bringing a caste discrimination case which failed on technicalities. Instead of shamelessly procrastinating at every turn, the Government should now act quickly to introduce the clear legislation needed to protect victims from discrimination."

The National Secular Society has campaigned with a diverse range of groups, including the Dalit Solidarity Network and the Christian Institute, to make caste-based discrimination illegal.

The debate can be watched here or read here