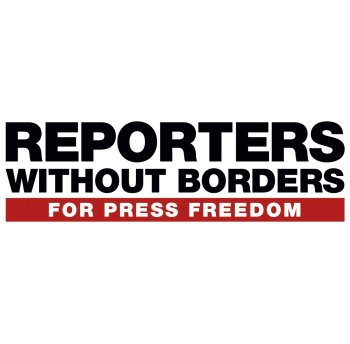 Reporters Without Borders is asking French religious leaders to sign a statement declaring that "everyone is free to express criticism… of any system of political, philosophical or religious thought."

The Declaration on Freedom of Expression is part of the "Freedom of expression has no religion" campaign.

The push comes amid widespread fears about de facto Islamic blasphemy laws in Europe, and after the Pope made clear his view that freedom of expression has limits where matters of faith and religion are concerned.

The declaration states that "no one's concept of what is sacred may be imposed on others."

The campaign is asking leaders of many different faiths to sign the statement, including Muslims, Christians and Jews. Reporters Without Borders state that they have "sought the support of representatives of France's leading religious organizations" and that several senior figures have already signed the statement, including Dalil Boubakeur, head of the Paris Mosque and the French Council of Muslim Worship; François Clavairoly, who leads the Protestant Federation and Marie-Stella Boussemart, president of the French Buddhist Union.

Jean-Louis Bianco, president of the Secularism Monitoring Centre, said: "This important declaration stresses that freedom of conscience and freedom of expression are closely linked and complementary. Secularism is what unites them because it constitutes a framework that allows the expression of any opinion or belief, within the limits of the freedom of others."