BBC cuts religion on radio by 37 per cent 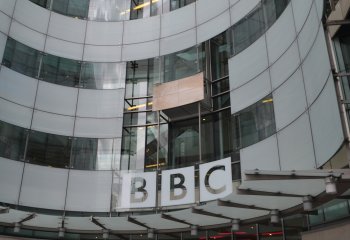 The latest BBC Annual Report indicates that although religious broadcasting on radio has declined by 37% over a year, the amount of religion on TV has increased.

The 2013-14 report shows that there were 611 hours of religious programming on radio compared to 975 the year before.

The BBC explained that this is because the Asian Network dropped its daily religious programme.

BBC Four increased its religious output to 21 hours, from 5 hours the year before.

The BBC's apparent downgrading of religion has been creating alarm among religious bodies who complained when the post of commissioning editor for religious programmes was axed and merged with other factual commissions. The BBC says that it has been forced into this by the need to make drastic cuts to its budgets.

A group of 'faith leaders' wrote to the Daily Telegraph this week expressing dismay at the BBC's actions, saying:

"Religious literacy is essential to the diversity we treasure in Britain – and an antidote to the extremism and intolerance that threaten it. The BBC plays a key role by its robust and rich coverage of religious life. We call on it to reinstate independent religion and ethics programming."

But Terry Sanderson, president of the National Secular Society, said: "The claim that we all need to study religion in order to function in the world is at best questionable and at worst manipulative. Most people in this country are completely indifferent to religion and happy for it to play no part in their lives. It should not be the job of the BBC to promote ideologies, particularly ones that are creating conflict and mayhem around the world."

Mr Sanderson said that the NSS had no objection to religion being thought of as an important part of our history and for it to be looked at objectively in documentaries. "But these religious leaders seem to think that the Corporation should act as some kind of propaganda arm for them – as indeed it has been doing for the past seventy years."

Mr Sanderson said that overtly religious programmes attracted audiences so small that sometimes they couldn't even be measured. Ofcom gave ITV permission to drop its religious programming after it emerged that they could not attract advertising to pay for it.

"If the BBC is making cuts, then this seems like a sensible area to consider," said Mr Sanderson.