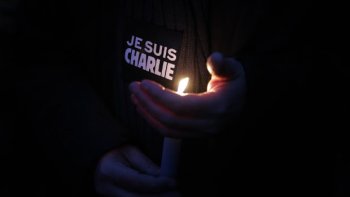 An Anglican vicar has described the French satirical, anti-racist magazine Charlie Hebdo as a "nihilistic little rag" and compared their cartoons to the anti-Semitic publications of Nazi Germany.

Writing in the parish magazine of Presteigne in Powys, Wales, the Reverend Stephen Hollinghurst said he doesn't think "those poor cartoonists deserved or 'asked for' what they got", before adding, "looking at the other hand, did they really have the right to attack, ridicule and offend."

He states that Charlie Hebdo attacked "virtually anyone in their nasty magazine" which he described as "a thoroughly unpleasant, nihilistic little rag despite its recent acquisition of almost sacred status."

The vicar begins his piece by questioning if freedom of speech is "really a fundamental, absolute, unconditional human right" and goes on to state: "I do find myself asking why it is, quite rightly, unacceptable, to offend, attack, ridicule or otherwise persecute people on grounds of their race, colour or sexuality, it is apparently ok to do so because of their religious beliefs or practices."

He states that this is a "double-standard almost universally accepted in the modern, sophisticated, liberated Western World" and questions "do we really have the right to say what we like about (or to) whoever we like?"

Extraordinarily, Reverend Hollinghurst goes on to compare Charlie Hebdo's satirical cartoons with the anti-Semitic propaganda of Hitler's Germany. Hollinghurst claims it is "ironic" that the West condemns the "summary murder of people because of their (in this case, Jewish) faith, whilst defending to the hilt the right of others (cartoonists in this case) to ridicule and offend people of faith and their beliefs."

The Anglican vicar asks readers, "didn't the Holocaust begin with vile anti-Semitic cartoons? Is there that much difference?"

The newsletter was sent to the National Secular Society by a concerned parishioner who received it in the post. He described the commentary as "jaw-dropping" and said that Hollinghurst's "vehemence in the cause of intolerance and against freedom of expression" was "giving respectable cover to violent extremists."

He added that the vicar's rant "makes me wonder if he grasps what racism or sexism or anti-Semitism actually are, or the implications … for those in this neighbourhood (and elsewhere) who live at risk of violent prejudice."