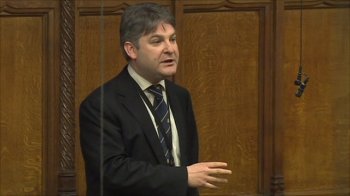 Conservative MP Philip Davies has introduced an amendment to the Local Government (Religious etc. Observances) Bill that would make prayers compulsory at the start of local authority meetings.

Davies' amendment would alter the first clause of the bill so that it would read, "the business at a meeting of a local authority in England shall include time for (a) prayers or other religious observance, or (b) observance connected with a religious or philosophical belief."

Currently, the bill says that authorities "may" include time for prayers, leaving the decision to local authorities to decide. The NSS opposes the bill in its current form because the end result would still be prayers being imposed at the start of meetings by a majority of councillors on the minority.

The NSS argues that if councillors wish to pray before meetings they should simply do so before the official business of local authority meetings begins.

This amendment, however, would create a statutory obligation on local authorities to include time for prayers.

Philip Davies is known for a conservative voting record, he voted "very strongly against" equal gay rights and same-sex marriage.

Fellow Conservative MP Edward Leigh has also moved to introduce a clause requiring councils to "keep in mind the pre-eminence of the Judaeo-Christian tradition as the historical foundations of the United Kingdom" when religious observances are held.

In the recent committee stage debate on the bill, Jake Berry MP, who is believed to have introduced the Private Member's Bill at the behest of Eric Pickles and the Department for Local Government, lauded the bill for providing the "freedom to pray and to hold prayers at the start of council meetings, should that local authority wish to do so."

Mr Berry said faith was an "important part of national life in Britain" and that his Bill was necessary to meet "an aggressive and unwelcome secular attack on our core British values."

In addition to local council meetings, the Bill seeks to make provision for the inclusion of prayers at meetings of other local authorities bodies such as Transport for London, London Fire and Emergency Planning Authority, joint waste authorities and internal drainage boards.

Stephen Evans, NSS campaigns manager, said: "Clearly there should be no compulsion in religion, and in a secular, pluralistic society, there can be no justification for allowing Christians, or indeed any other religious group, the ability to assert their supremacy over other religious groups or over non-religious people, by making their religious observances part of the formal business of local council meetings"

"Usually, such a lamentable Private Members' Bill would fall by the wayside, but with the Government and opposition frontbenches supporting it, this one looks set to clear it House of Commons stage, despite receiving very little in the way of scrutiny."

Find out more about this Bill here. The full NSS briefing on the Bill can be read here