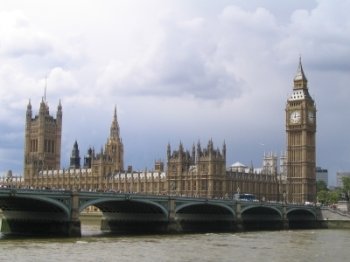 The National Secular Society has responded to the Political and Constitutional Reform Committee's consultation on a "new Magna Carta." The Committee has been inviting members of the public to give their views on whether the UK should have a written constitution.

Whilst the NSS does not have a position on whether the UK should adopt a written constitution, the society has written a response outlying what secular principles ought to be enshrined in a codified constitution, should one be written, or should some other type of reform take place.

The consultation also asked for comment on whether the UK should have a written constitution, a codification act, or a non-binding statement of constitutional principles if and when the UK's constitution is reformed. Though the NSS does not have a mandate from our membership to address this point, the NSS did raise concerns about Britain's current constitutional system with the Committee, and promoted a positive vision for how secular principles could transform the British state and foster a fairer, freer system of government.

The NSS raised a number of concerns with the UK's current constitution, including the presence of unelected Bishops in the House of Lords, the Monarch's role as head of the Church of England and as "defender of the faith", and the way in which some of the Monarch's religious responsibilities are delegated to the Prime Minister.

The NSS submission promoted secular principles in our response, principles which are codified in the society's secular charter.

The NSS submission argued that demographics and public opinion make the present arrangements unsustainable, and pressed the case for setting a secular precedent in the UK's constitutional affairs now, so that the rapid growth of minority religions do not lead to a confessional approach to politics in the future, where the privileges of the Anglican Church are conferred on other religions proportionately.

As noted in the NSS submission: "It is entirely possible (and likely) that the dominance of the Church of England across institutions in the UK will lead to a confessional approach in the future, shutting out the plurality who have no faith whatsoever, as minority religions are invested with similar privileges as the Church of England. This has already happened in education."

The topic of the consultation was discussed at Conway Hall in December 2014, when the chair of the Reform Committee, Graham Allen MP, spoke to NSS members about the work his committee was doing.

The NSS submission argued that "all citizens should be equal before the law, and not categorised into faith groups with group rights" and that "any new constitutional settlements must priorities individual rights over group and religious rights." It also noted that "the values of the secular charter are at the heart of … most constitutional law and philosophy" and that it is a "common principle of most constitutional thought that religion and state should be separated."

NSS Campaigns Manager Stephen Evans added; "I encourage people to add their voices to the consultation response whilst late submissions are still being accepted, and to urge the adoption of the secular principles that guarantee religious freedom, including the freedom to believe or not, and the freedom to change your beliefs or religious views.

"Whatever your opinion on whether Britain should have a written constitution, I encourage you to take this chance to add your voice to the national debate."

Although the consultation has now closed, late submissions are being accepted

The NSS does not have a formal position on whether the UK should have a written constitution, our submission advocated secular principles, principles we would campaign to see advanced under any constitutional system.