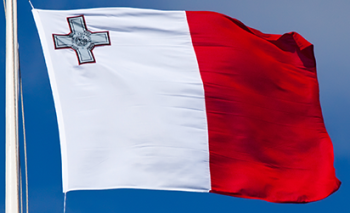 The Republic of Malta is to reform its long-standing blasphemy law, according to a report in the Sunday Times of Malta.

Malta's Criminal Code prohibits blasphemy under a section on the "Vilification of the Roman Catholic Apostolic Religion", and the Code has not been updated since 1933.

Breaching the blasphemy law as it stands now can result in a six month jail sentence. However, whilst insulting Catholicism can carry the maximum six month sentence, as the Criminal Code recognises the Roman Catholic Church as "the religion of Malta," insulting other faiths can only result in a three month maximum sentence.

In 2009 the NSS reported on the case of six young people who narrowly escape a prison sentence after they had dressed up as nuns at a carnival. Initially the Magistrate had ruled that the blasphemy law did not apply because the costumes were not a "sacred garment" and because the six in question were not wearing crosses.

The Malta Attorney General appealed this decision and the case went to the Court of Criminal Appeal, which ruled that "the mere fact of dressing up as nun, even if for carnival, but without wearing any religious symbol, cannot reasonably be considered as amounting to public vilification of the Roman Catholic Religion."

However, the judge also noted that "if the wearing of such a habit were accompanied with such circumstances of fact, words or gestures which objectively amount to vilification, then there would be an offence."

A possible reform of the Criminal Code was mooted by a former Parliamentary Secretary for Culture, Dr José Herrera in 2013. He said that "people have a right to express themselves however they like in a modern world. Our policies are liberal, moderate, but liberal. We want to give space, especially in the arts world, so that people won't feel restrained by taboos."

The Maltese government had pledged to review the blasphemy law during the last election, and recently expressed condemnation of the attacks in France on the office of Charlie Hebdo and solidarity with the satirical magazine, known for its blasphemous satirical cartoons, and itself the subject of prosecutions under the French blasphemy law.