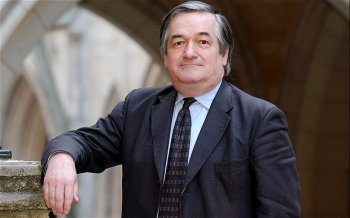 A senior judge has decried the lack of medical experts in the UK with knowledge of female genital mutilation (FGM), particularly in young children.

In a ruling on a child thought by Leeds city council to have been a victim of FGM, the judge, Sir James Munby, described the practice as "evil" and said that "the court must not hesitate to use every weapon in its protective arsenal if faced with a case of actual or anticipated FGM."

Sir James added: "Given what we now know is the distressingly great prevalence of FGM in this country even today, some thirty years after FGM was first criminalised, it is sobering to reflect that this is not merely the first care case where FGM has featured but also, I suspect, if not the first one of only a handful of FGM cases that have yet found their way to the family courts.

"The courts alone, whether the family courts or the criminal courts, cannot eradicate this great evil but they have an important role to play and a very much greater role than they have hitherto been able to play."

The judge said that FGM was "an abuse of human rights" that had "no basis in any religion."

In his ruling, Sir James sought to distinguish between the severity of different types of female genital mutilation as compared with male circumcision. The judge described the "curiosity" of the law allowing male circumcision whilst it outlaws FGM. Sir James said that law is "still prepared to tolerate non-therapeutic male circumcision performed for religious or even for purely cultural or conventional reasons, while no longer being willing to tolerate FGM in any of its forms."

The case Sir James was considering concerned the adoption of two children of Muslim parents, named only as G and B.

Difficulties with expert testimony made it hard to determine if the girl had been the victim of female genital mutilation or not, and there was extensive discussion in the ruling over what type of FGM the child may have been subjected to.

Considering whether G had suffered Type IV FGM, defined by the World Health Organization as "all other harmful procedures to the female genitalia for non-medical purposes, for example: pricking, piercing, incising, scraping and cauterization," Sir James found that if "FGM Type IV amounts to significant harm, as in my judgment it does, then the same must be so of male circumcision."

Despite finding that some Type IV FGM was comparable with male circumcision, the judge ruled that "'reasonable' parenting is treated as permitting male circumcision", in part because "male circumcision is often performed for religious reasons" whilst "FGM has no basis in any religion." The judge noted that male circumcision was seen by some as "providing hygienic or prophylactic benefits" though accepted that "opinions are divided."

The judge concluded that although "both involve significant harm, there is a very clear distinction in family law between FGM and male circumcision."

Prior to a change in the case pressed by the local authority, the children's case would have depended upon G's Type IV FGM, despite the fact that "on any objective view it might be thought that G would have had subjected to a process much less invasive, no more traumatic (if, indeed, as traumatic) and with no greater long-term consequences, whether physical, emotional or psychological, than the process to which B has been or will be subjected."

Much discussion in court centred over whether G had a small scar on her genitals or not, which led Sir James to discuss the relative severity of this variety of Type IV female genital mutilation and male circumcision.

Making suggestions for the future, Sir James drew attention to a "dearth of medical experts" in paediatric FGM and noted the importance of "knowledge and understanding of the classification and categorisation of the various types of FGM."