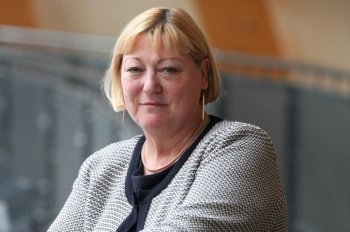 Durham Free School, ranked as "inadequate" by Ofsted on all inspection criteria, has been strongly criticised for its emphasis on the religious credentials of staff and the poor quality of teachers.

The school's Ofsted report found that "Governors place too much emphasis on religious credentials when they are recruiting key staff and not enough on seeking candidates with excellent leadership and teaching skills."

In a debate in the House of Commons held on Tuesday 27 January 2015, Durham MP Pat Glass (pictured right) said that according to one local head teacher, the Durham Free School "had become a haven for every crap teacher in the north-east."

She added that: "As a former senior education officer in the North East, I was aware that there were very high levels of teachers working at the Durham Free School that I knew had already been through competency procedures with other local authorities."

After the Ofsted report was published on 19 January 2015, Education Secretary Nicky Morgan announced that the school was to be closed. Several students have already moved to other schools.

The school still has a job advert posted online for a permanent head teacher. Despite the school's prospectus stating that "teachers will be recruited according to excellence, not their faith," the job description says that "the ability to promote the values, culture and Christian ethos of the School" is "essential" to the job.

The school prospectus states that the values of the school are "underpinned by a traditional Christian ethos" and that a Christian ethos "works." The prospectus says that schools "underpinned by Christian values are almost always among the best performers for exams results and Ofsted report." In this case, however, Ofsted took the unusual step of ranking the school "inadequate" in every single inspection criteria, and the school has been harshly criticised by local MPs, local head teachers and the Department for Education.

NSS campaigns manager, Stephen Evans, said: "This school demonstrates that there's nothing magical about a 'faith ethos'. The perception that faith schools get better results has more to do their ability to discriminate and select pupils on the basis of faith rather than any 'Christian values' they espouse. In the case of Durham, it's extremely concerning that the religious beliefs of applicants was considered more important than their ability to teach. Pupils have obviously been let down badly by this school."

Like several other faith-ethos free schools, Durham Free School was undersubscribed, and MPs criticised the decision to open the school in the first place. Pat Glass MP said that "you cannot spit in Durham city without hitting an outstanding school" and that as there were surplus places in Durham before the school opened, she "could not understand the reasoning behind the setting up of another school."

The Ofsted inspection also found that "some students hold discriminatory views of other people who have different faiths, values or beliefs."

Despite accusations that the Ofsted inspectors had a "predetermined outcome" in mind when inspecting the school, Ofsted has said that it found "no evidence its inspectors acted inappropriately", according to the BBC. The school principal had claimed that inspectors were "inappropriate" and "hostile" during the course of their investigation.

Roberta Blackman-Woods MP, who secured the debate in the Commons, said that it has been very difficult to get accurate information about the school and its funding.