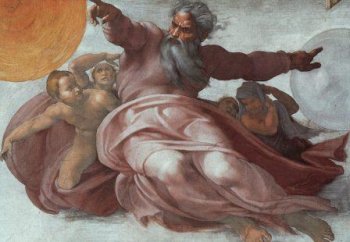 Two MSPs have offered formal support for a motion which calls for Scottish children to be made "aware of" creationist teaching.

Richard Lyle MSP and Dave Thompson MSP are supporting the motion, which was put forward by John Mason MSP. The full motion reads:

The debate comes in response to a scandal at an East Kilbride school in 2013, when the American Church of Christ handed out material to school pupils denouncing homosexuality, abortion and evolution. Two headteachers were removed over the controversy.

Following this, the Scottish Secular Society petitioned the Scottish Government to institute a ban on the "presentation in Scottish publicly funded schools of separate creation and of Young Earth doctrines as viable alternatives to the established science of evolution, common descent, and deep time."

In response to the controversy, Stewart Maxwell MSP introduced a motion stating that the Holyrood parliament "believes that creationism should not be presented as a scientific theory and viable alternative to the established theory of evolution."

The National Secular Society disputes this, and NSS spokesperson for Scotland Alistair McBay said: "The fact that groups are dedicated to infiltrating creationism, often branded as 'intelligent design', into classrooms means that guidance to ban creationism in science classrooms is needed now."

"Politicians seeking to enforce their doctrines through the State education system is the mark of an authoritarian, not a democratic state."

"If we substitute 'politicians' for 'reverends', we find that the Free Church of Scotland are doing exactly what they claim to oppose: seeking to enforce their doctrines in the state education system.

"There are countless creation myths through time and cultures. Why should a Christian one receive privileged consideration? Hesiod's Theogony carries the account of the origins and genealogies of the Greek gods. Should that be considered too?"

Update (02/02/15): John Mason MSP tweeted: "I think science is better sticking to what exists. How and why things came about is probably better not included in science."