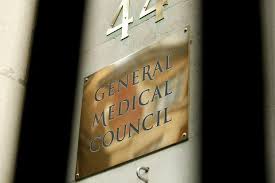 A Christian GP took a mentally ill patient to his church to perform an exorcism, and told her she would be cursed if she reported him, a medical tribunal has heard.

The patient in question, known only as Patient A, was initially suffering from severe pain after colostomy surgery, and met Dr Thomas O'Brien in August 2012. During their initial contact, Dr O'Brien is said to have asked Patient A if she was religious, and claimed that he and his wife could heal her without medicine. During subsequent conversations, Dr O'Brien is alleged to have told Patient A that "God is her surgeon and God will heal her."

Patient A, who also suffered from depression and was reportedly suicidal, claims that Dr O'Brien told her to stop taking her anti-depressants for "religious reasons" and said that psychiatrists "do the devil's work."

Dr O'Brien is then said to have performed an exorcism on Patient A, during a four-hour "testimony" at his church. Patient A became convinced that her medical problems were the result of demonic possession.

The patient claims that the doctor gave her religious pamphlets, including a book called "An Occult Checklist", written by Dr O'Brien, and which included a "prayer of repentance" that Patient A felt pressured to sign by the doctor and his wife. The patient said that Dr O'Brien quoted the Bible at her, repeatedly prayed with her at home and programmed her television to show The Gospel Channel.

Terry Sanderson, President of the National Secular Society, said: "It is reassuring that a person such as this is no longer working as a doctor. Let's hope there aren't many others in the NHS who share his rather extreme view of what religion can achieve in a medical setting."

At this point, Dr O'Brien complained to the GMC about the psychiatrists' conduct in reporting him, in a case that was quickly thrown out.

Dr O'Brien is now facing misconduct charges but says he has resigned from medicine already.

Dr Antony Lempert of the Secular Medical Forum said: "Should the allegations against Dr O'Brien be upheld... they represent a wilful disregard of the trusting relationship between patients and their doctor. It is never acceptable for a doctor, working in a trusted professional capacity, to abuse their professional position by trying to change a patient's own personal beliefs. The distress caused to this patient, suffering from physical and psychological symptoms yet subjected to a campaign of religious intrusion and exorcism by the person supposed to be caring for them is difficult to imagine.

"Over recent years, we have seen other Christian doctors, such as Dr Richard Scott and Dr Antonia Johnson, who also considered patients fair game in their mission to evangelise and proselytise to the world. These doctors have no place in a profession dedicated to caring for and supporting patients in the context of evidence-based, compassionate medicine based around patients' own beliefs and requirements... It would have been nice to hear a few words of compassion for the patient from Dr O'Brien rather than the continued laments about his own feelings and beliefs."

An earlier report into the case said; "The panel is concerned about Dr O'Brien's apparent lack of insight into the seriousness of the allegations against him. It appears that he may have allowed his professional and private boundaries to become blurred, in particular with a vulnerable patient. The panel is further concerned that Dr O'Brien may have also imposed his religious beliefs with regard to the treatment of another patient."

Dr O'Brien said; "'The allegations have been severe enough to break anyone down emotionally and I'm grateful for my faith which sustained me throughout the ordeal." He had previously described the accusations as attacks on his "private Christian faith and life" and said the claims about the exorcism are a "total fabrication."

Dr O'Brien said that he has "forgiven" Patient A.