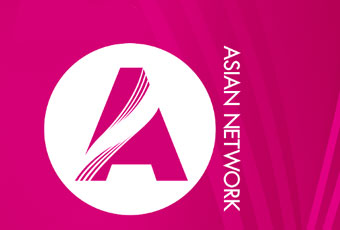 The National Secular Society has welcomed a ruling from the BBC Trust upholding its complaint over the way in which the BBC framed a story concerning the allocation of places at a Sikh faith school as a 'race issue', rather than as an issue of religious freedom.

A news package aired by BBC Asian Network on 23 April 2014 focused on children of non-Sikh parents being allocated places at a Sikh faith school against their parents' wishes. In the piece, which featured NSS campaigns manager Stephen Evans, several non-Sikh parents expressed their unhappiness about their children being allocated places at Khalsa Secondary Academy, a Sikh ethos free school in South Buckinghamshire.

The NSS had no complaint with the news package itself, but was concerned about the way in which the story was trailed on social media, and in broadcast introductions, with BBC Asian Network repeatedly referring to the non-Sikh parents as "white parents."

In a formal complaint to the BBC, the NSS argued that the repeated reference to "white parents" left the clear insinuation that those parents had racial grounds for objecting to their children attending the school, when in fact the issue was one of religious freedom in education.

An initial complaint from the NSS was rejected by the BBC's Editorial Complaints Unit after BBC Asian Network's Head of News, Kevin Silverton, argued that the word "white" was used to make it clear the parents involved were "not Asian." He said an alternative such as "non-Sikh" would have been inappropriate because that would usually be taken by the audience to refer to Hindus and Muslims. On appeal, the director of the BBC's Editorial Complaints Unit said he was "persuaded by Mr Silverton's reasoning."

However, after an appeal to the Editorial Standards Committee to review the ECU's decision, the BBC Trust has upheld the complaint, agreeing that the story was about religious freedom in education and not about race, or racial prejudice.

Communicating its findings to the NSS, the BBC Trust said; "The impression was given that white (rather than simply non-Sikh) parents objected to their children being sent to Sikh schools. This did not present an impartial account of the reasons for the parents' position. The Committee concluded that there had been a lack of due impartiality (albeit unwittingly and accidentally) in that it was implied that the parents' objections to faith education were on the grounds of race."

The Trust therefore upheld the NSS complaint on grounds of impartiality and accuracy. The Committee did not uphold a complaint "in relation to Fairness, Contributors and Consent", but the central premise of the NSS criticism has now been recognised by the BBC.

Responding to the finding, Stephen Evans, NSS campaigns manager, said; "The conflation of race with religion is highly problematic in that it seeks to stifle​ reasonable debate by equating criticism of religious ideas with racism and xenophobia.

"The repeated references to non-Sikh parents as 'white parents' inaccurately framed the story as a 'race issue' ​and unfairly insinuated that the parents had racial – possibly even racist – reasons for their objections to their children attending this school.

"The current shortage of school places, coupled with the spread of religious free schools, means more and more children can expect to be allocated schools with a faith ethos against their parents' wishes. It's vital that parents can raise legitimate objections to their children being allocated places at minority faith schools without being portrayed as 'racist'.

"Desiring a secular education for your child has nothing to do with your ethnicity. I am pleased that the BBC has now recognised this."

The BBC Trust editorial appeals finding can be read here.