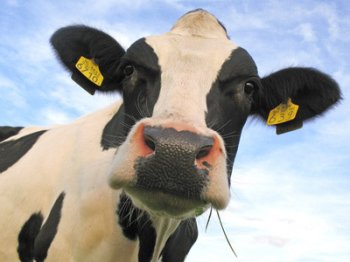 The Polish Constitutional Tribunal has overturned a ban on the religious (non-stun) slaughter of animals.

In January 2013, the Polish courts had placed a de facto ban on religious slaughter, by abolishing an exemption on humane slaughter requirements for Jews and Muslims.

European wide animal welfare legislation requires all animals to be stunned before slaughter in order to minimise suffering. However, a derogation permits member states to allow non-stunning in the case of slaughter in observance with religious beliefs.

The Polish ban was appealed by the Union of Jewish Religious Communities in Poland, among other groups. In July 2013 an attempt to legalise religious slaughter through legislation failed, leaving court action inevitable.

The Constitutional Tribunal has now sided with the campaign group, agreeing that the ban infringed the rights of minority religious communities to practise their faith and traditions.

Rabbi Menachem Margolin, director of the European Jewish Association, was said to be relieved at the ruling, which he said "prevents a dangerous precedent" that would have affected Jews across Europe. Reports indicate that the Tribunal ruled on a petition which claimed the ban was illegal under the European Convention on Human Rights.

Stephen Evans, campaigns manager at the National Secular Society, described the court ruling as "regrettable". He said: "Whilst we support the right to religious freedom, it is not an absolute right – and in the interests of avoiding unnecessary pain and distress to animals it seems reasonable to expect it to be limited in this instance."

However, Mr Evans added that the ruling served to strengthen the case for mandatory EU-wide labelling of meat from religious slaughter: "If religious groups are to be granted exemptions from animal welfare laws, it is essential that meat from non-stun slaughter is accurately labelled enabling consumers to avoid such products if they so wish. At the moment such labelling is not required, and this needs to change."