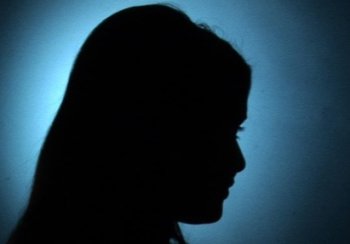 A report by a human rights group has exposed the vulnerability of Muslim women living in Islamic 'marriages' in the UK.

The report finds that the widespread practice of polygamy has left Muslim women without legal rights upon 'divorce', entirely dependent on their 'husbands' for financial support, and often unable to leave sham 'marriages' for fear of social ostracism or bringing "shame" to their family.

According to the report, written by AURAT, a charity which supports victims of honour-based violence, many Muslim women are unsure of their legal rights and some women were even left believing that 'marriage' ceremonies were valid simply because they had taken place in the UK.

The report was welcomed by the National Secular Society, which has expressed concern that the rise of sharia is creating a "parallel legal system" within Britain's Muslim community.

Stephen Evans, NSS campaigns manager, said: "Islamic 'marriages' and sharia courts are quasi-legal systems operating within Muslim communities, and, as the report shows, both discriminate against women, who sometimes have little knowledge of their legal rights and are unable to access support services and are therefore all-too-often becoming trapped in insular religious communities."

The report cites examples from women who told their stories to AURAT, including many women who were married, by their parents, to men who later turned out to have as many as three 'wives' living in different households. One woman told how she was left claiming benefits simply to pay the mortgage on her 'husband's' house when he refused to support her. He had three other wives living in different houses.

In her foreword to the report, Baroness Cox writes that the shocking situation described in the research is "just the tip of the iceberg". Cox says that "there are, literally, countless more women in similar predicaments" as the women who volunteered their testimony.

Cox draws attention to the role of "sharia law principles" in exacerbating the situation, worsening the "plight of women in Islamic communities." Although women from many backgrounds may suffer abuse or "other problems associated with dysfunctional families", Cox writes, sharia law makes these situations much worse for women. Cox says that discrimination against women and girls is "inherent" in sharia law.

The report notes that "in mainstream Islam, a husband does not have to undertake the same process as the wife when seeking a Talaq (an Islamic 'divorce'). He merely has to say 'I divorce you' three times, whereas a wife must meet various conditions and pay a fee."

The report found that women married under Nikah (Islamic 'marriage' ceremonies) "can suffer significant disadvantages because they lack legal protection". One woman, named as Rafa in the report, "realised she had no rights to the family home" after her husband walked out on her. Rafa's husband had "made sure the property was in his sole name" and this left her with "no recourse to recompense from the property because their marriage was not legally recognised" in the UK.

Of the fifty women interviewed for the qualitative research, 46 identified themselves as being married. Only ten percent of those marriages were legally recognised by English law. Though the sample size was small given the "limited resources" available, Baroness Cox writes that she believes there is "much truth" to the report and calls for a "systematic investigation" into the problem.

Over half of the women interviewed were unaware that they had fewer legal rights in their unrecognised religious 'marriages'. Two thirds of the women had been married in the family home, and "assumed that, because the ceremony had taken place in the UK, it automatically counted as a valid marriage."

One of the major underlying problems the research found was that the broader Muslim community would not support women who 'divorced' their 'husbands'. There were also significant financial costs for women who wished to have an Islamic 'divorce'. The research found that almost half of the married women said "the Muslim community would not support them if they sought a Talaq."

The report noted that "there is a growing concern that many Muslim women in Britain today are suffering severe gender discrimination but lack knowledge of their rights under British law. Moreover, seeking help from non-Muslim professional and legal sources may be strongly discouraged as it may be deemed to incur 'shame' on Muslim families and communities". The research concluded that "vulnerable women are often inhibited from getting the help they really need."

AURAT is now calling for Mosques and Muslim community leaders to inform families about the diminished rights women have under religious marriages that remain unrecognised by the state. It also urged professional and public bodies to be made more visible to Muslim women who may not be aware of the support services available.

In June 2014 Justice Minister Simon Hughes told the House of Commons that "The Government is committed to the protection and promotion of the rights of women, families and children. This includes raising awareness of the legal consequences of 'religious only' marriages and encouraging mosques to register in order to be able to carry out legally recognised marriages in their various facilities."