New BBC consultation ‘an opportunity to challenge Thought For The Day’ 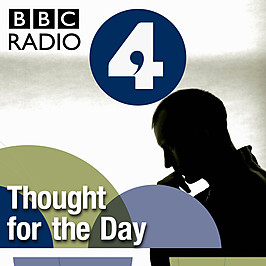 The BBC has launched a new consultation asking listeners what they like and dislike about its speech radio output. The NSS is calling on its supporters to use the opportunity to again raise the contentious issue of Thought For The Day. The consultation can be completed online here.

Although the BBC is considering editorial standards and impartiality "out of the scope of the review", its Consultation asks listeners for their views on the corporation's "news and current affairs and its documentaries and factual programming".

The National Secular Society is calling on the listening public to use the consultation to challenge the appropriateness of Radio 4's Thought For The Day – a daily slot for religious-only views, broadcast each Monday to Saturday morning during the station's flagship news and current affairs Today programme.

NSS campaigns manager, Stephen Evans, said: "It's important that as many people as possible take this opportunity to tell the BBC that discriminating against the non-religious, and thus giving the impression of promoting religion as the only source of ethics is simply not acceptable in this day in age.

"Offering a privileged platform during its news and current affairs output for religious-only views to be aired without any analysis, criticism or comeback is completely against the founding principles of the BBC. Fairness, balance and impartiality are impossible if only one side of the debate is aired.

"The slot should either be opened up to secular perspectives or scrapped."

The National Secular Society has campaigned against the discriminatory nature of Thought For The Day since the programme started. The Society first lodged a complaint against the programme's predecessor, Lift up your Hearts, in 1962.

In 2009 the BBC Trust rejected a complaint from the National Secular Society, when the society had argued that the programme was "exclusive and discriminatory."

In 2013 the BBC Executive said that "it did not propose to revisit the issue of atheists or humanists" taking part in Thought For The Day, after opting to leave it out of the scope of an "impartiality review of the breadth of opinion".

*Please note that the consultation has now closed.*