Law Society did not consult before issuing Sharia guidance 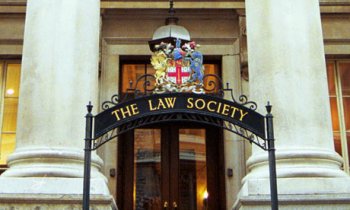 A Freedom of Information request from an unnamed complainant has revealed that the Law Society did not consult any religious groups or individuals before issuing its now-withdrawn Sharia guidance.

On 9 September a Freedom of Information request was made to the Law Society, asking about the Sharia Succession Rules note which the society had published earlier in the year. The applicant asked whether "any religious organisations or lobbyists had been consulted before the decision to publish" the guidance and additionally if "feminist/women organisations and lobbyists had been consulted." The applicant also asked who had authored the note.

Though the Law Society would not name the authors, it did disclose that "no 'Sharia Law experts' had been consulted and that no external individuals or organisations had lobbied the Society or been involved in drafting the Note."

The Law Society has since said that it recognises "it was not appropriate to issue guidance based on only one of many interpretations of Sharia principles."

The guidance had stated that under Sharia Law "illegitimate" heirs were not eligible to inherit and that "the male heirs in most cases receive double the amount inherited by a female heir of the same class. Non-Muslims may not inherit at all, and only Muslim marriages are recognised."

The guidance was recently withdrawn, some nine months after it was published and after a long campaign from a diverse range of bodies.

The National Secular Society has also learned that all training courses in sharia have now been "delisted" from the Law Society's website.