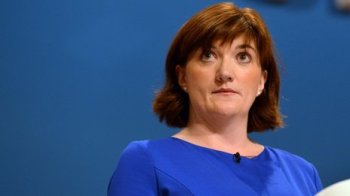 The Department for Education (DfE) has published new guidance for schools on the promotion of "fundamental British values".

The non-statutory advice calls on schools to "encourage respect for democracy" in their promotion of students' spiritual, moral, social and cultural development (SMSC).

The note stresses that children must be "made aware of the difference between the law of the land and religious law." It added that a school's ethos and teaching "should support the rule of English civil and criminal law and schools should not teach anything that undermines it."

The note restated the Government's policy that "schools should promote the fundamental British values of democracy, the rule of law, individual liberty, mutual respect and tolerance of those with different faiths and beliefs."

The DfE's note says that schools and teachers should encourage respect for the civil and criminal law of England and "enable students to acquire a broad general knowledge of and respect for public institutions and services in England."

Additionally, schools are to "further tolerance and harmony between different cultural traditions by enabling students to acquire appreciation of and respect for their own and other cultures."

Schools are also to "encourage respect for democracy and support for participation in the democratic processes, including respect for the basis on which the law is made and applied in England".

The advice stresses that pupils must understand that "the freedom to choose and hold other faiths and beliefs is protected in law" and that other people "having different faiths or beliefs to oneself (or having none) should be accepted and tolerated, and should not be the cause of prejudicial or discriminatory behaviour."

However, the note also advises that meeting the requirement for "collective worship" is a way of ensuring pupils' SMSC development.

The advice also states that "it is not necessary for schools or individuals to 'promote' teachings, beliefs or opinions that conflict with their own, but nor is it acceptable for schools to promote discrimination against people or groups on the basis of their belief, opinion or background."

Separate advice for independent schools, academies and free schools means there is now a sector wide requirement for schools to promote "fundamental values" actively – a move welcomed by the National Secular Society.

Stephen Evans, NSS campaigns manager, said: "It's essential that all pupils educated in the UK, regardless of the type of school they attend, learn about those values considered key to contributing to mutual understanding and a cohesive society.

"Unfortunately, the advice issued by the DfE appears contradictory. It encourages schools to impose worship on pupils and leaves the problem of some religiously-led schools teaching illiberal views completely unresolved. Such schools are being told that they cannot promote discrimination on the basis of 'belief, opinion or background,' but also that they will not be forced to advocate teachings that conflict with their own beliefs. As has been revealed in recent months, many schools are teaching about religion in a wholly partisan way, and sometimes in a way that promotes ideas that are counter-cohesive and contrary to the values outlined in the standards.

"The latest measures also do nothing to address the separatism fostered by the very presence of faith based schools. Without reform in the very structures of the schools system, such as in terms of faith ethos and admissions, these new standards are unlikely to deliver any meaningful change."