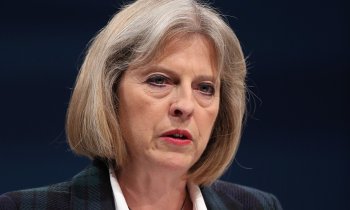 The Home Secretary, Theresa May, has announced a raft of new measures to prevent extremism, radicalisation and terrorism, ranging from direct intervention by the Home Office to block extremist speakers from university campuses, to a ban on insurance companies paying ransom money to kidnappers.

Mrs May said that the threat from Islamist terror was "greater than it has been at any time before or after 9/11" and called for more powers for the police and intelligence agencies.

The Home Secretary reiterated the Government's view that teaching 'British values' in schools was crucial in preventing home-grown extremism, a policy decision which has led to Ofsted downgrading several schools in recent months (including six independent Muslim faith schools and one Church of England school last week).

In her speech on the Government's new Counter-Terrorism and Security Bill, which is due to be introduced to Parliament on Wednesday, the Home Secretary also set out plans to stop British-born Islamic State fighters from returning to the UK, including the option to remove passports from teenage militants and the use of "no-fly" lists. Additionally, elements of the previous government's axed control orders will be reintroduced, to strengthen the existing Terrorism Prevention and Investigations Measures (TPIMS). This will include the power to order terror suspects moved to different areas of the country. Mrs May is pushing to have the law fast-tracked through parliament.

The new measures announced also include a "statutory duty on schools, colleges, prisons and local councils to help prevent people from being drawn into terrorism", the Guardian reports. If the bill is passed into law, the Home Secretary will also have the power to order speakers off university campuses, should organisations fail in their statutory duty to prevent extremism.

Two weeks ago, Sharia Watch UK released an extensive report on radical Islamist speakers addressing UK students, including one man who said he took "pride in being a terrorist" and another who called upon Muslims to "support the jihad of our brothers and sisters".

The report was due to be released at an event at the University of West London, however the launch was cancelled by university authorities just 24 hours before it was due to begin. The university claimed that the event had been stopped due to incorrect room booking procedures and "insufficient stewarding arrangements."

In her remarks this morning, the Home Secretary said that "we are engaged in a struggle that is fought on many fronts and in many forms. It is a struggle that will go on for many years". Since 2010, according to figures cited by Mrs May, 753 people have been arrested for terrorism-related offences whilst 212 have been charged.

Fears of an IS or Islamist inspired terror attack in the UK continue to mount, and over the weekend Labour MP Khalid Mahmood claimed that 2,000 British Muslims are now fighting for ISIS, a figure which is four-times higher than official estimates.