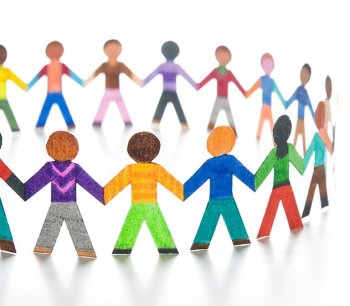 In a response to a Department for Education (DfE) consultation on draft changes to the GCSE citizenship studies subject content, the National Secular Society has called for pupils to be educated about the relationship between equality, human rights and equal citizenship.

The NSS response called for the course to explicitly teach pupils about human rights and child rights, including the Convention on the Rights of the Child, Article 29 of which requires education to be directed to "the development of respect for human rights and fundamental freedoms, and for the principles enshrined in the Charter of the United Nations".

Along with significant changes to the course content the subject will become 100% exam assessed from 2016. Responding to fears that the subject could be downgraded the Government has said that citizenship studies will continue to count in school performance tables. The number of students taking citizenship studies reached a peak in 2010, but has since then declined dramatically, with uncertainty over the subject's future blamed by many for the drop.

The Citizenship Foundation, which has been encouraging its supporters to take part in the consultation, expressed concern that the "breadth of content" and its weighting towards specific detailed knowledge could leave students with little time to develop skills and understanding related to active citizenship.

Under the topic of "Democracy and politics" pupils will learn about issues including: government, political institutions, elections and the media in the UK, as well as politics beyond the UK.

In the full course, pupils will be expected to compare citizenship in democratic and nondemocratic states. This was welcomed by the NSS, which also called for it to be included in the short course – and to include a study of the different models of citizenship that underpin secular versus theocratic states.

Citizenship has been part of the national curriculum in secondary schools in England since 2002, with the majority of citizenship studies students taking the short course rather than the full GCSE, although the trend in recent years is away from the short course to the longer course in most schools. In its response, the NSS shared the Citizenship Foundation's concerns that the new short course will not leave enough room for students to develop a full understanding of what active citizenship means for them. The NSS also expressed concern that human rights and equality principles could be squeezed out of the short course.

Stephen Evans, campaigns manager at the National Secular Society, said: "Principles of equality and human rights are the foundation of the equal citizenship; this should be central to young people's education about citizenship.

"There is a real need to ensure that young people develop into citizens who are capable of living together in 21st century Britain. By empowering the next generation of active citizens, and educating them together regardless of their religious or belief backgrounds, we can hopefully to move closer to that ideal of equal citizenship."