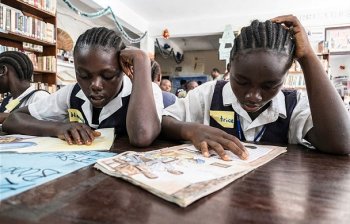 UN-designed sex education material has been withdrawn from the Niger schools syllabus after condemnation from Islamic clerics.

The module, which focused on reproductive health and sex education, was first put in place in September. This prompted condemnation from Nigerien Muslim organisations, who insisted that the "good running of education must involve Muslims" and that sex education had led to "the legalization of fornication and homosexuality".

Reuters reports that one Islamic preacher, Samba Ousman, speaking on behalf of several Islamic associations, said that they "do not in any way accept the circulation of this [sex education] document". Ousman said that teaching sex education in Nigerien schools, was "undermining our values without exception" and led to "confusion between freedom and licentiousness".

Niger has been struggling to combat militant Islam and has seen several Islamist terror attacks in recent years, with recent targets this week including a prison.

Meanwhile, in Pakistan, Reuters also reports that school textbooks have been drastically re-written to meet demands by conservative Muslims. Koranic verses on the creation of the universe have been inserted into science textbooks, and previously expunged references to jihad were being put back in to texts for 13 and 14 year old students.

The Reuters article also notes that the provincial education department in question is receiving £18 million from the British government this year.