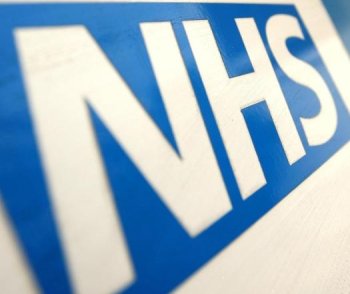 A Christian psychiatrist has admitted distributing "unsolicited religious material" to her patients, including leaflets and links to religious websites. Dr Antonia Johnson received a formal warning, which will stay on her record for five years, following a Medical Practitioners Tribunal hearing.

The Cambridge News reports that one patient described Dr Johnson's behaviour as "a highly inappropriate way of forcing her opinion on me."

In another case, a patient who had been sexually abused by her step-father was directed by Dr Johnson to a Christian website named "fathersloveletter.com".

The website states, "God Loves You. And He is the Father you have been looking for all your life. This is His love letter to you."

Joy Hamilton, chair of the Medical Practitioners Tribunal Service panel, added that "there appeared to have been little or no regard to the patients' circumstances in seeking to provide religious messages."

Hamilton added that Dr Johnson's "patients were extremely vulnerable and Dr Johnson had insufficient or scant regard to that fact."

After distributing religious literature to patients in the North London hospital where she worked in 2012, Dr Johnson had said that she was "not willing to change her approach", though at the hearing she did apologise.

Dr Antony Lempert, Chair of the Secular Medical Forum, said; "Patients consult doctors for their professional expertise and not for their personal religious or political views. General Medical Council (GMC) guidance is clear that doctors should remain professional and should not seek to impose their own views on patients. By pro-actively distributing religious material to vulnerable patients Dr Johnson has chosen to disregard GMC guidance."

Dr Lempert also argued that Johnson's "cavalier approach has already caused significant distress to at least three vulnerable patients and probably to many more who have not come forward."

Lempert also drew parallels with the case of Dr Richard Scott, a GP who received a similar caution from the GMC" after telling a suicidal patient that "the Devil haunts people who do not turn to Jesus."

Lempert said, "it seems that some doctors smitten by the importance of their own religious beliefs, wilfully disregard the distress they cause to vulnerable patients when they seek to impose their religious views in the consulting room."

The panel concluded that "whilst Dr Johnson holds well-meaning and strong beliefs in the Christian faith, she misapplied them in her role as a doctor. The manner in which she sought to discuss and deliver her own beliefs in the circumstances in which she did, amounted to an imposition."

The panel found that all the complaints against Dr Johnson were substantiated, though they did not feel this left her unable to practise. The panel said that Johnson's conduct "does not meet with the standards required of a doctor. It risks bringing the profession into disrepute and it must not be repeated."