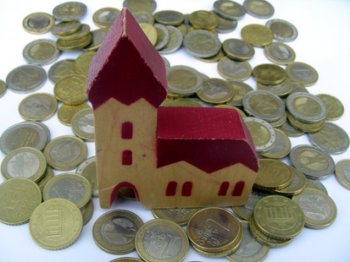 For four years the Catholic Church in Norway has been illegally registering immigrants as Catholics in order to secure increased government funding.

The Church, whose official membership has almost doubled since 2010, had been registering immigrants from Catholic majority countries as practising Catholics, without asking for their consent, and without any indication that the people in questions were actually practising Catholics.

By increasing their membership from 66,000 in 2010, to 120,000 in 2014, the Norwegian Catholic Church has significantly increased the amount of state subsidy it receives.

In Norway, religions receive a state subsidy based on their membership. Religious groups can choose to register with the state in order to receive this financial support, which is distributed proportionally to the official registered membership figures.

In a written report on the illegal sign-up practise, Bernt Eidsvig, the Bishop of Oslo, said that "during our meeting I described how a practice, revealed to have lasted for a few years, has resulted in foreigners moving to Norway from Catholic countries, and thereby assumed to be Catholics. They were then registered as OKB (Roman Catholic Dicocese of Oslo) members without agreeing to it themselves".

Bishop Eidsvig also told the Norwegian tabloid Dagbladet that the number of illegal registrations could be "at least a thousand, maybe many times that".

The Norwegian English-language news website The Local reported the scandal earlier this week, and explained that the rapidly inflated membership figures mean the "Catholic Church in Norway will next year receive around 130 million kroner from the Norwegian government". That is worth almost £14 million.

It is unclear if that grant will still be received by the Church, and Norwegian newspapers reported yesterday that the authorities had not yet responded to the disclosures.

The Catholic Church has now described the practise as "not satisfactory".

Norway has been steadily moving towards complete disestablishment over the years. Despite this Citizens born in Norway to one or two Norwegian parents are automatically added to the list of Protestant Christians in Norway, unless they chose to opt out or officially join another religious organisation.

UK figures show that Catholicism in Britain has seen an "alleviation in the rate of decline", due partly to immigration.

Researchers believe that at this is largely due to Catholic immigration from Eastern European countries like Romania and Poland, whilst some other Christian groups are propped up by large numbers of African believers.

The Vatican has long supported the EU, and after the Pope's planned address to the European Parliament was announced last month, the Vatican press office noted that "European integration has enjoyed the benevolent support of the Catholic Church right from its inception".

Across Europe, immigration by Catholics is bolstering congregations which are otherwise in freefall. Though it is now unclear how much of the extraordinary increase in Norway is due to the immigration of genuine, practising Catholics, and how much of it is due to illegal 'recruitment' practises on behalf of the Norwegian Catholic Church.