Tory MP calls for all sex education to be scrapped 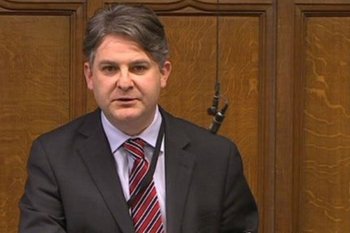 During a debate introducing the Sex and Relationships Education (Curriculum) Bill to parliament this week, Conservative MP Philip Davies blamed "sex education fanatics" for a rise in unwanted pregnancies since the 1970s, and called for "less sex education, or even better, none".

Responding to a speech by Labour MP Diana Johnson, introducing a Private Member's Bill to make provision to include education about sex and relationships, resilience against bullying and sexual abuse and ending violence against women and girls in the national curriculum, Davies said: "my job as a parent is to bring up my children with my values and the values I think are important to instil in them". Mr Davies argued that the responsibility for educating children about sex and relationships lay solely with parents, and called for the education system to have no role in educating children about sex.

Davies also objected to calls for "better sex education", instead urging re-evaluation of the "benefit system and the housing allocation system" to "tackle issues such as teenage pregnancies". In 2012 an Ofsted report found that PSHE education was inadequate or required improvement in 40% of English schools.

Davies is a member of the Cornerstone Group, a grouping of Conservative MPs dedicated to 'faith, flag and family' and to upholding "traditional marriage".

During the debate Johnson referenced historic sex abuse in Rotherham and Rochdale, and quoted from the Jay Report which found that young people "in the course of the Inquiry were scathing about the sex education they received at school".

Davies also discussed the grooming and child sex abuse scandal in Rotherham, but argued for an "anti-political correctness Bill" to prevent such abuse from recurring. In 2012 Ofsted found that where "sex and relationships education is weak, pupils are left vulnerable to inappropriate sexual behaviours and exploitation".

The National Secular Society is committed to statutory sex and relationship education for all children as a fundamental human right.

Stephen Evans, NSS campaigns manager, said: "Statutory SRE is about having an education policy based on evidence, and the evidence clearly shows that teaching children about sex and relationships in an age-appropriate manner reduces levels of teenage pregnancy and encourages a healthier, more knowledgeable and sexually autonomous younger generation."

In her speech, Diana Johnson argued: "we want parents and families to be part of the discussions with youngsters about relationships and keeping safe, but we cannot stand back and hope that all families will have those conversations". Johnson, who was Minister for Schools under the last Labour Government, went on to say that "we know that it is often the most vulnerable children who do not have family support in this area".

Speaking earlier in the week before the Education Select Committee was to hear evidence on this issue, Green Party MP Caroline Lucas said that "as long as PSHE remains a non-statutory and non-examined subject, with a low priority in the Ofsted framework, there will be virtually no coverage of PSHE in teacher training. In school, PSHE teachers are not given the curriculum time or training that they need – statutory status is key".

Philip Davies was quoted last week saying that he agreed with Nigel Farage about "virtually everything", though he appeared to go further than UKIP on this issue. Whilst UKIP want to "scrap sex and relationship education for children under 11", Mr Davies explicitly called for all sex and relationship education to be removed from the curriculum entirely and for it to be taught solely by parents.

A similar amendment to the Children and Families Bill tabled in January, which would have required compulsory SRE lessons in schools, was defeated by the Government in the House of Lords. Education Minister Lord Nash argued at the time that the amendment would "remove from teachers and governors any control over their schools' approach". In response sexual health charity Brook said they were "disappointed but not deterred by the Lords' vote against statutory sex and relationships education". The charity went on to state that the amendment would have helped "young people to make healthier choices around relationships and sex".

The Sex and Relationships (Curriculum) Bill was introduced to Parliament on 21 October 2014 under the Ten Minute Rule. It will now face a second reading in the Commons on Friday 21 November.

Read the full debate at first reading at Hansard