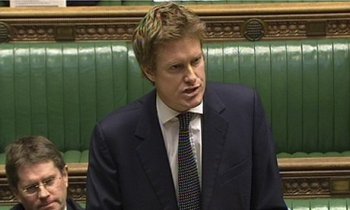 The National Secular Society has welcomed calls from Labour's Shadow Education Secretary Tristram Hunt for religious teaching in faith schools to be inspected by Ofsted.

In remarks at a Progress event earlier this week, Hunt said that whilst he understood the "principle" of "other communities of different faiths" having their own schools on the basis of "religious equality", this had to be considered against what Hunt called the growing "segregation" in British cities.

David Aaronovitch, the Times columnist, posed questions to Mr Hunt and asked whether the Labour government, since 1997, had opened up "the 'why not us too'" argument with religious minorities, who had called for their own faith schools on the basis of equality with existing Christian schools.

The Shadow Education Secretary stated that "you cannot have a situation where you have these schools as islands, either around ethnicity or religion". Hunt said that this was "exactly what we tried to undo in terms of Northern Ireland", where religious schools separated the children of Protestant and Catholic parents in education.

Though the Shadow Education Secretary said that "faith schools remained an important part of the English schools landscape", he went on to state that Labour would end the Free Schools programme, which Hunt said had resulted in schools "not delivering a broad curriculum".

Stephen Evans, campaigns manager for the National Secular Society, welcomed the policy announcement. He said: "It is vital that Ofsted inspects the religious teaching taking place faith schools in order to both uphold the integrity of a state education, and to protect the right of children to a broad range of knowledge.

"Any education about religion or belief in publicly funded schools should be impartial, objective, relevant and academically rigorous – children and young people deserve no less.

"One of the crucial objectives of education should be to be to promote community cohesion. This is not achieved by schools teaching the superiority of one belief system over another – and Ofsted should be able to step in if they find that happening."

Hunt mentioned the "worrying trend in terms of ethnic identification through schooling" and also drew attention to the findings of the Cantle report published over a decade ago, which had found that white and Asian residents of Northern towns were living "parallel lives".

Aaronovitch raised the example of Jewish children, whom he said are now far more likely to attend Jewish faith schools than they were twenty years ago. The day after Hunt made his remarks; the Guardian reported that the Beis Yaakov orthodox Jewish school had failed a no-notice Ofsted inspection. Ofsted found "major gaps in students' spiritual, moral, social and cultural development. Students are not provided with sufficient opportunities to learn about or understand people of other faiths or cultures".

After hearing evidence from a former pupil of a Jewish faith school at an All Party Parliamentary Humanist Group meeting last week, Lord Warner said that "indoctrination, rather than education is taking place".

Hunt said the "absolutist answer" to the problems faced today of "no more faith schools" was not practical given the "forces pushing against this," but said that Labour's answer was that "Ofsted inspects all schools on a broad and balanced curriculum". Hunt also called for "local oversight and accountability".

Hunt also argued for "curriculum stability" and warned that the UK could not have a new government coming in after every election and completely rewriting the syllabus.

Stephen Evans said: "We would like to see publicly funded faith schools phased out. We're some way off that yet, but it is encouraging to at least see the role of such schools being examined. Dividing children by the faith of their parents has led to terrible situations across the world, and entrenched sectarian divisions. We don't want to see any more of that in the UK."