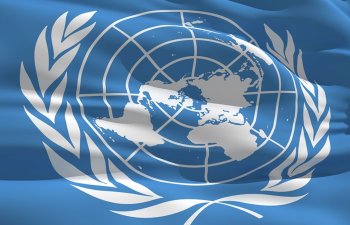 Maina Kiai, UN Special Rapporteur on the rights to freedom of assembly and association, has criticised repeated efforts to block human rights NGOs from being able to advise the United Nations.

In his latest Report, Mr Kiai expresses concern that out of the 48 organisations which have had their accreditations repeatedly deferred, 46 work on human rights issues, such as children and women's rights, minorities, sometimes for particular countries.

Mr Kiai cited the longest running application, that of the International Dalit Solidarity Network (ISDN), which campaigns against "discrimination based on work and descent". India stalled their application for accreditation using procedural tactics. This included asking ISDN 64 written questions.

Earlier, in July, ten civil society groups, including ISDN, complained in an open letter to the UN about serial refusals to award accreditation. They decried the states wielding power "over those who speak out against human rights abuses".

The UK's National Secular Society (NSS) – a signatory to the letter – welcomed Mr Kiai's criticisms of the process. Keith Porteous Wood, NSS executive director, said: "Over the last five years we have been continually blocked from receiving accreditation status on what seem to be spurious grounds. Mr Kiai's intervention is extremely welcome and we hope it leads to more openness towards NGOs, many of whom have valuable contributions to make towards eliminating serious suffering and Human Rights abuses, even though their work may embarrass or inconvenience some member states."

The letter, "A Call to Transparency", also raised concerns that "transparency and legitimacy" in the UN are at risk if "States are able to continue blocking access to NGOs". The letter made several recommendations and included pleas for the committee to "stop blocking legitimate human rights organisations" from achieving accreditation. The accreditations sought are to the Department of Economic and Social Affairs (ECOSOC), which allows limited access to other UN bodies, such as brief interventions at the Human Rights Council.

Despite the protracted efforts at stalling the accreditation process, India was recently re-elected to the United Nations Human Rights Council, winning more votes than Thailand, Qatar, Indonesia and Bangladesh.

Since 2008 India has repeatedly questioned ISDN about its caste discrimination investigations, to which ISDN had replied promptly. Over this time, many of the questions were repeated.

ECOSOC facilitates "international cooperation on standards-making and problem-solving in economic and social issues". The NSS is seeking accreditation status to advise the committee on a raft of human rights issues, relating to secularism and freedom of, and from, religion.