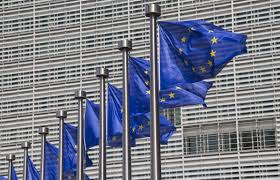 The European Commission has announced it will take no further action against the UK Government after investigating complaints, submitted by the National Secular Society, concerning whether UK legislation relating to state funded 'faith schools' breaches European employment laws in relation to discrimination on the grounds of religion or belief.

The complaints centred on the School Standards and Framework Act 1998 and Education Act 2011, and the extent to which they permit discrimination against teachers in state funded 'faith schools'.

The NSS argued, after taking legal advice, that the level of discrimination permitted in publicly funded faith schools against non-religious teachers and those not of the faith of the school goes beyond that which is permitted by European Directive 2000/78/EC, which establishes a general framework for equal treatment in employment and occupation.

However, in a letter to the National Secular Society the European Commission says the UK Government has provided "sufficient clarification" regarding its interpretation of Section 58 and 60, which it says "merely enables faith-based education and is limited to ensure the maintenance of the religious character of the school".

The Commission also failed to uphold a similar complaint submitted by the NSS relating to discrimination against staff at denominational (generally Catholic) schools in Scotland, where a teacher's "religious belief and character" must be approved by the Church.

Voluntary controlled faith schools in England and Wales can apply a religious test in appointing one fifth of teaching staff, which (since 2006) can include the Head Teacher. In voluntary aided faith schools, a religious test can be applied in appointing, remunerating and promoting all teaching staff. In addition, teachers can be disciplined or dismissed for conduct which is "incompatible with the precepts of the school's religion", which could apply to almost every teacher, whether religious or not.

The National Secular Society said the justification for allowing the level of discrimination – that it is necessary to maintain a religious character – didn't stand up to scrutiny.

Stephen Evans, NSS campaigns manager, said: "We should be looking to remove all religion and belief based discrimination from state education, but if voluntary controlled faith schools can preserve their 'religious character' by reserving one fifth of teaching posts for teachers that share the faith of the school, how can it be justifiable for voluntary aided schools to apply discriminatory criteria to every teaching post?"

The European Commission's decision came as new finding revealed faith schools are experiencing difficulties in recruiting heads; in 2009/10 there was a re-advertisement rate of 43 per cent in Anglican schools and 61 per cent of Catholic schools.

Researcher Janet Goodall, who is leading a survey on educational leadership for the University of Bath, said there are "additional expectations" on head teachers at Catholic schools, who "need to be a faith leader themselves".

"Unfortunately, the Commission's interpretation of the EU Directive seems to us to contradict its stated aim to combat discrimination on grounds of religion or belief. The victims of the Commission's willingness to justify discrimination will be the suitably qualified teachers who will continue to be blocked from teaching posts, and the pupils, who instead of being taught by the best teacher for the job, will have to make do with the one chosen for their demonstration of piety, whether sincere or not."