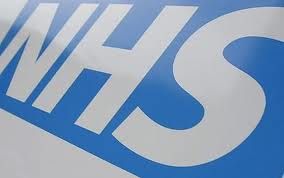 Secularists have criticised new draft NHS England chaplaincy guidelines for failing to adequately recognise the needs of patients who do not identify with a religious faith.

NHS England is consulting on new chaplaincy guidelines intended to update and improve the provision of chaplaincy and spiritual care across the NHS. The guidance includes an explicit recognition of the need to provide guidance "for the care of patients and service users who do not identify with a religious faith".

However, in a joint submission to an NHS England consultation, the National Secular Society and the Secular Medical Forum criticised the guidelines for being too focussed on religious care rather than providing an inclusive service that benefits all patients and NHS staff.

Chaplaincy services are funded from NHS budgets. Despite purporting to provide 'spiritual care' to all, the role is only open to individuals who can obtain satisfactory recommendation and authorisation by their faith community.

Antony Lempert, Chair of the Secular Medical Forum, said: "We think it's essential that chaplaincy moves from a religious service to one fit for – and equally welcoming to – all members of the public.

"Whilst chaplaincy remains a paid job exclusively for religious applicants, then any mention of the inclusion of the needs of non-religious patients remains a lip-service, and the justification for public funding is seriously undermined."

Stephen Evans, National Secular Society campaigns manager, said: "In a multi-faith society where half the population are not religious, the provision of a hospital chaplaincy service within a uniquely religious framework is neither suitable nor sustainable. If health providers and patients deem pastoral care valuable, such support should be provided in a non-discriminatory and secular context."

"Religion-specific services should be provided by faith communities themselves, rather than the NHS", he added.

The submission also criticises the consultation process for being "insufficiently transparent."

Despite being NHS England guidance, no information about the consultation was made available on the NHS England website. The draft guidelines were hosted onthe College of Health Care Chaplains website and requests to comment were sent by invitation only.

Terry Sanderson, NSS president, said: "Whilst the views of chaplains have been widely sought, we do not believe a genuine attempt has been made to engage with patients and the wider public on issues that affect the services which patients receive."

Our response to the draft NHS chaplaincy guidelines consultation.