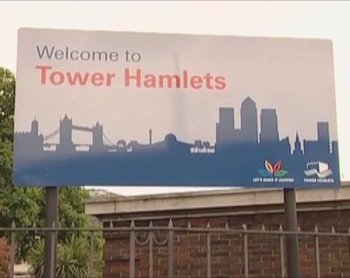 Tower Hamlets has denied newspaper claims that a Trojan Horse '2' is soon to be uncovered in the East London Borough.

According to The Sunday Times, as many as a dozen schools in face investigation after claims they have fallen under the influence of Islamic fundamentalists.

The newspaper said officials at the Department for Education (DfE) are increasingly concerned that the situation may be worse than that uncovered in the original "Trojan Horse" scandal earlier this year, in which Islamic fundamentalists attempted to infiltrate secular schools in Birmingham.

"Tower Hamlets is expected to be the next Birmingham, but even worse, because the problems surrounding Muslim fundamentalists imposing their views on education seem to be more embedded," a senior Whitehall source told the Newspaper.

According to the report, non-Muslim teachers are staying silent for fear of losing their jobs. The DfE source said potential whistleblowers fear they may be "bullied, further sidelined or fired" if they raise concerns.

The report claims both community schools and private Islamic schools are under suspicion.

However, in a statement, Tower Hamlets said it had "no evidence" of such practices in its maintained schools.

The Council insisted that no concerns were identified at Marner Primary School which was the subject of a recent unannounced visit by Ofsted under new spot inspection powers.

A council spokesperson said: "Tower Hamlets council has some of the best urban schools in the world due in part to an unrivalled partnership between headteachers, parents, governors, local politicians and the local education authority over a 20 year period. For instance 17 out of 18 secondary schools are rated by Ofsted as good or outstanding.

"The model we have adopted is based on early intervention and where problems have arisen in terms of performance or standards we have acted swiftly to address any concerns."

Muslims are the largest single religious group in the borough with an estimated 35% of the population practising Islam, compared with 4.4% across the country according to the 2011 census.

Schools in the borough, like all maintained schools in England, are required to hold acts of collective worship which must be "wholly or mainly of a broadly Christian character".

Schools without a religious character may apply for a 'determination' to replace the 'broadly Christian' requirement with an alternative form of worship. However, according to a freedom of information response obtained by the National Secular Society, no determinations are currently in place for any maintained schools in Tower Hamlets to hold Islamic, or any other, acts of collective worship.

The National Secular Society has called for a new duty on all state schools to ensure that all aspects of their curriculum, including assemblies, are respectful and inclusive of all pupils, regardless of their religion or belief, including non-belief.