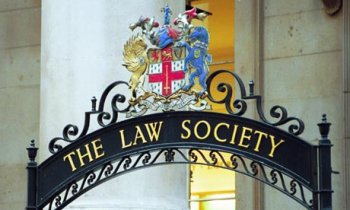 Secularists and human rights campaigners have stepped up their calls for the Law Society to withdraw its controversial practice note on sharia succession rules.

The practice note, intended to assist solicitors in drafting 'sharia compliant' wills, advises solicitors: "… illegitimate and adopted children are not Sharia heirs … The male heirs in most cases receive double the amount inherited by a female heir … Non-Muslims may not inherit at all …a divorced spouse is no longer a Sharia heir…"

The Law Society's refusal to withdraw the guidance thus far was branded a "gross derogation of duty on both legal and moral grounds" by campaigners, this week.

The letter, sent to all Law Society council members, states:

"The Practice Note... serves in effect to endorse discrimination against minority women and children on the grounds of their gender, marital and family status and religious backgrounds, in so far as it encourages legal and state welfare services to accommodate highly gender discriminatory religious laws that are being increasingly defined by religious fundamentalists in our society. This is a source of immense concern to those of us who have for so long contested gender discrimination in our communities and fought for the freedom of women and children."

It urges the Law Society to:

"adhere to the spirit of the equalities and human rights legislation and to its own equality policy by recognising that its main business lies in the promotion of a culture of human rights and norms based on principles of equality for all rather than on the promotion of 'Sharia compliant' laws that discriminates against minority women and children in particular."

Campaigners have also made public legal advice – obtained from Karon Monaghan QC of Matrix Chambers – a leading expert in discrimination law – expressing her opinion that there are considerable legal risks attached to the practice note since it takes no account of equality legislation and instead strays into the realms of doctrinal advice.

The latest developments have been welcomed by the LSS, which first raised the alarm about the guidance. Charlie Klendjian, LSS secretary, said:

"The Law Society can draw a line under this whole episode very easily. It simply needs to withdraw this controversial practice note. We hope they will do this as soon as possible."

Earlier this year the Solicitors' Regulatory Authority (SRA) removed a reference it had made to the Law Society's controversial practice note, under threat of legal action alleging a breach of the Equality Act 2010 as the body is a public authority with a public sector equality duty.