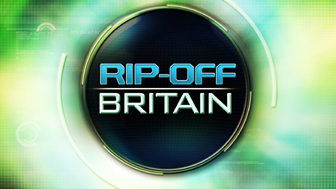 Rip Off Britain, the BBC consumer rights program which investigates viewers' stories of being ripped-off, this week covered chancel repair liability (CRL) – an ancient law which can make homeowners liable for the upkeep of the chancel (the part including the altar) of their local Anglican church

The 8 minute segment focused on the village of Edingale, in Staffordshire, and the story of NSS member Helen Bailey, who lives in a barn she converted with her husband Chris in 1999 to help care for his elderly mother.

In October 2013 Helen received a notice from the Land Registry informing her that her local church, which she had never set foot in, had registered its right to make them contribute to the cost of repairs.

Ms Bailey told Rip Off Britain: "It is quite bizarre that the law can ask us to pay for a church that we don't even attend, and have no connection with."

Homeowners have raised concerns that registration reduces the value of properties and impairs their saleability.

In the BBC show, Paul Hajek, a solicitor from Clatton Cox, estimates that for 99% of property owners affected, the liability doesn't show up on their deeds, but can now be registered, so the first they hear of it is often a letter from the Land Registry, as happened in Helen Bailey's case.

Rectors were responsible for CRL under ancient common law by virtue of ownership of particular land. While this land passed into lay hands with the dissolution of the monasteries, the liability has remained.

As long ago as 1985, the Law Commission recommended abolition, and the Law Society later recommended phasing out, as the Church of England had in 1982.

More recently, though, the Church has been encouraging parishes to pursue the liability to help repair their churches and several hundred have done so. This has caused considerable resentment among the thousands of property owners affected.

Helen Bailey led a local campaign which has resulted in her and her neighbours being able to buy out their liability from the Church at an advantageous price. Few have been so fortunate. Relatively cheap CRL insurance is available, but not for those whose properties have been registered.

In July 2014 Liberal Democrat peer and NSS honorary associate Lord Avebury introduced the Chancel Repair Bill, to abolish the liability, with assistance from the National Secular Society. Its second reading debate is expected in the autumn.

Viewers in the UK can watch the programme on BBC iPlayer until 30 September. The CRL segment starts at 33:44. 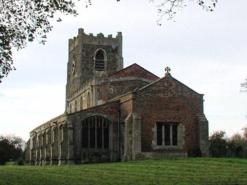