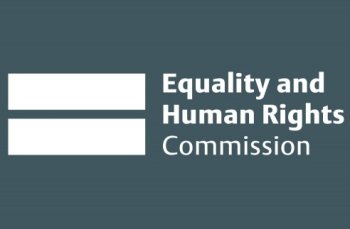 The Equality and Human Rights Commission (EHRC) has launched a major call for evidence from individuals and organisations about how their religion or belief (including non-belief), or that of other people, may have affected their experiences in the workplace and in using the services and facilities they need in everyday life.

The Commission wants to hear about the issues people face, including issues stemming from the provision of faith schools, religious selection of pupils and collective worship in schools.

The Commission will use the evidence as part of its work looking at assessing the effectiveness of current equality and human rights legislation on religion or belief.

The Commission also wants to hear from employers and employees about the religion or belief issues people face in the workplace and how solutions have been found. The Commission wants to know about both negative and positive experiences since 2010.

Despite a number of high profile legal cases involving the manifestation of religion or belief in the workplace, the EHRC say very little is known about how frequently these issues occur in practice.

The information will be used to assess how employers and service providers are taking religion or belief into account and the impact this has on individuals. The work covers all faiths and beliefs, including non-belief, and experiences in England, Scotland and Wales.

"It's important that both in the workplace and when we use publicly-funded services such as schools, hospitals and other services provided by local authorities, no-one is treated unfairly or denied access on grounds of religious belief or non-belief.

"This call for evidence provides an ideal opportunity to map out the issues people are facing because of their beliefs and I would urge anyone who has an experience to share to take part in this project."

Mark Hammond, Chief Executive of the Equality and Human Rights Commission, said: "Everyone has the right to be treated with fairness, dignity and respect, that includes respect for people's faith or beliefs, and respect for the rights of others.

"We are well aware of the complexity in dealing with such issues. Undertaking this major piece of work will help to build our understanding about how well the law is working so we can fully examine the adequacy of the current legal framework for religion or belief."

The research is part of a three-year EHRC programme of work to increase understanding of religion or belief in public life, improve knowledge about what happens in practice and ensure that the laws that protect everyone's right to be treated with fairness, dignity and respect are effective.