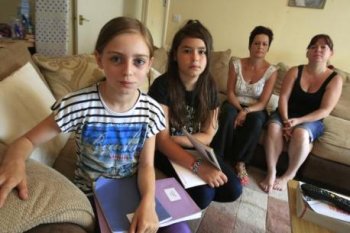 Non-religious parents in St Albans have been told by the local authority that the only state education they can offer their children is at a faith school.

Hertfordshire County Council failed to offer five children any of their preferred schools – and instead allocated a Church of England school.

Despite informing Hertfordshire of their philosophical objections to the school, the parents' appeals against the allocations were unsuccessful and they now face the choice of either sending their children to the school or home schooling.

The children have all been offered places at Townsend Church of England School. The school says it is "genuinely open to all", but says religious education is "an integral part of each student's day" to help them "explore their understanding of God and to reflect on their relationship with him". Every morning begins with an act of collective worship.

Jo Hammond, whose 11-year-old daughter Bethany is one of the five affected children, told the NSS: "Not being religious ourselves we think this school is completely inappropriate. We've been told we can withdraw our daughter from worship and RE but there's no alternative provision, and sitting outside a classroom feels like punishment. Why should our daughter be punished for not being religious?"

"This has been a very stressful time for us", added Ms Hammond.

Katie Harford, another parent who rejected a place at the Christian faith school, said her daughter was "absolutely devastated".

She told the St. Albans Review: "We are not religious and the school is unsuitable for her. It is wrong on so many levels. The journey would take over an hour and would be done in the dark during winter. I do not want that for my child."

"The worst thing is my innocent daughter is the one suffering", said Ms Harford.

The families are being supported by their county councillor Maxine Crawley and have launched a local petition to attract support.

Stephen Evans, National Secular Society campaigns manager, said: "Again we see how the inclusion of faith schools in the state-school system can disadvantage those who don't share the faith of their local schools. It's becoming clear that the crisis in school places is being exacerbated by the division of schools along religious lines.

"Instead of accommodating increasing demands for religion specific schools, it would be fairer for all if we moved towards a secular education system, where children of all faiths and none are educated together in a respectful but religiously neutral environment."