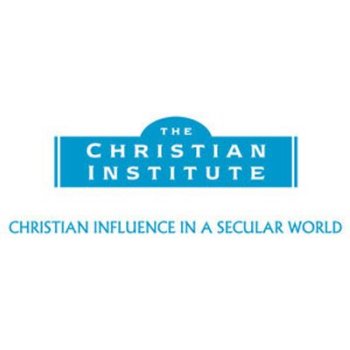 A Christian lobby group is threatening the Government with a judicial review over its plans to introduce new standards for independent schools aimed at reinforcing principles of equality and fundamental values.

The new standards will require independent schools not to undermine 'fundamental British values' of democracy, the rule of law, individual liberty and mutual respect and tolerance for those with different faiths and beliefs.

The Christian Institute say new standards that will have "serious and perverse consequences", such as requiring teachers to remove traditional and gender-specific terms like husband, wife, mother and father from the curriculum.

The group have also expressed concern that Christian schools will be forced to downgrade religious festivals such as Christmas so as not to offend those that don't share the faith of the school.

The National Secular Society has accused the institute of "characteristically over-reacting".

The Christian Institute has instructed lawyers to launch a judicial review on the grounds that the six-week consultation process was "flawed" and broke the Government's own guidance.

The new standards will require schools to ensure that teaching does not discriminate against students contrary to the Equality Act 2010. Although independent schools are subject to the Equality Act 2010, complainants' only current remedy has been through the courts, but the new standards would also allow the Department for Education to take regulatory action against the school for failing to meet them.

The proposals came in the wake of the of the Trojan Horse affair which saw a co-ordinated, deliberate and sustained action to introduce an intolerant and aggressive Islamist ethos into some schools in Birmingham.

The Christian Institute is a registered charity, its main objectives being "the furtherance and promotion of the Christian religion in the United Kingdom" and "the advancement of education".

Colin Hart, chief executive of the Christian Institute, told the Press Association that the proposals were "shocking in their breadth and range" and would "destroy the independent sector".

He said: "They mistakenly advance the principle that political correctness equals British values. Accordingly they could be used to punish any school in the independent sector which has a religious ethos, a set of traditional beliefs, or who don't over promote every minority group's world view."

A Department for Education spokeswoman told the Press Association: "The Independent School Standards are designed to ensure every school prepares children for life in modern Britain.

"We make no apology for demanding high standards and the promotion of tolerance and respect of all faiths and cultures.

"It is simply untrue to say that the proposed changes - which received 1,400 responses in the last six weeks - would prevent teachers using gender-specific terms or require schools to downgrade Christian festivals."

The new standards have been broadly welcomed by the National Secular Society which submitted its own response to the DfE consultation.

Stephen Evans, campaigns manager at the National Secular Society, said: "The new standards go some way to ensuring that all schools serve the best interests of both society and children. It should come as no surprise that they will be resisted by groups seeking to use children's education for their own evangelical ends."