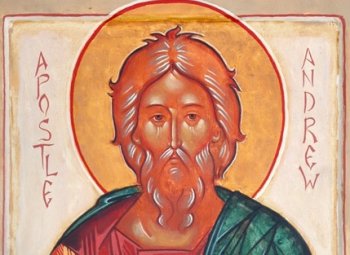 A Turkish Cypriot parent from London has branded the offer of a Greek orthodox faith based free school to her son as "wholly unacceptable" and an "insult".

Sonya Karafistan's son was allocated a place at the St Andrew the Apostle Greek Orthodox School in Barnet despite the family not listing it in their list of preferences.

Members of Ms Karafistan's family lost their lives in the civil conflict in Cyprus between Greeks and Turks between 1963 and 1974. Ms Karafistan said "if the offer weren't so offensive it would be comical."

The family refused the place, but have been told by Barnet Council that her son has not received a second round offer for any of the six secondary schools she applied for. Their son has now been offered a place at what Ms Karafistan describes as a 'sink school' three and a half miles away from where the family live.

In order to secure an appropriate secular education the family have now opted to educate their son privately, but say this will have a serious impact of their family budget and lifestyle choices, and should not be necessary.

Ms Karafistan has written to the Department for Education to express anger at how the presence of a Greek Orthodox school has limited her family's choice of local school.

The family say they are aware of others in their position and say a Greek Orthodox faith school fails to meet the needs of the local community.

A Freedom of Information response has revealed that of 18 families offered places at this school who did not list the school in their admissions application form (for September 2014), just 6 have accepted the offer.

Ms Karafistan told the NSS: "We are a secular family. We do not believe that faith has any place in education. It is an abomination that tax payer money is being used to fund the creation of niche religious schools that fail to serve the community as a whole."

Secularism is fundamental to our family beliefs and morality, while we respect the view of others and the choice they make to send their children to religious schools, we hold the firm belief that religion has no place in education and shouldn't be funded by the state.

"Any religious school would offer an education inconsistent with our family beliefs and our son's moral education to date. A Greek Orthodox school is ideologically and culturally unacceptable to us, so to be offered it as our local state school is very offensive to us."

The school says its ethos is based on Christian beliefs of the Orthodox Church but is open to families of all faiths and none.

In other parts of the country, parents contacting the National Secular Society have been angered by the allocation of places at Christian, Jewish, Sikh and Hindu schools that have an ethos that runs counter to their own religious or philosophical convictions.

Stephen Evans, NSS campaigns manager, said: "The Government claims that most free schools are in areas in need of school places, but there are serious questions as to whether faith based schools adequately meet the needs of local parents who don't share the faith character of the school.

"With a finite number of places available, a state education system made up of schools delineated along religious lines is clearly inefficient and impractical. It also spells trouble for social cohesion, and makes it difficult to ensure all parents' beliefs are equally respected during their children's education.

"The best way to ensure everyone's rights are protected is to have truly inclusive secular schools that are equally welcoming to pupils regardless of their religion or belief background. A religious upbringing should be the responsibility of parents that want that, not the role of the state."