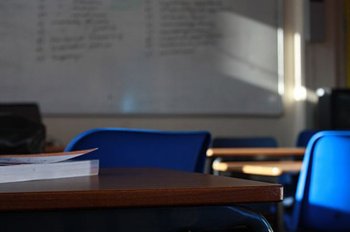 A report commissioned by former education secretary Michael Gove in April to investigate claims of a plot to takeover state schools in Birmingham has uncovered evidence of "co-ordinated, deliberate and sustained action to introduce an intolerant and aggressive Islamist ethos into some schools in the city".

The report, authored by Peter Clarke, the former head of the Metropolitan police's counterterrorism command, raises concerns about the vulnerability of some pupils to radicalisation, and states that there is "very clear evidence that young people are being encouraged to accept unquestionably a particular hardline strand of Sunni Islam that raises concerns about their vulnerability to radicalisation in the future".

This comes in diametric opposition to Birmingham Council's report carried out by the former head teacher independent adviser Ian Kershaw, which claimed that there was "no evidence of a conspiracy to promote an anti-British agenda, violent extremism or radicalisation in schools".

Clarke's report, which includes evidence such as social media exchanges between senior staff at the schools concerned, contradicts Birmingham council's previously stated view, saying the offending ideology "manifests itself as the imposition of an aggressively separatist and intolerant agenda incompatible with full participation in a plural secular democracy".

The former police chief describes the ideology as not only a rejection of secularism and other religions, but other strains of Islamic belief too. He says, "It goes beyond the kind of social conservatism practiced in some faith schools which may be consistent with universal human rights and respectful of other communities. It appears to be a deliberate attempt to convert secular state schools into exclusive faith schools in all but name".

He describes the ideology as "an intolerant and politicised form of extreme social conservatism that claims to represent and ultimately seeks to control all Muslims. In its separatist assertions and attempts to subvert normal processes it amounts to what is often described as Islamism".

Clarke describes the agenda, as stemming from "an international movement to increase the role of Islam in education", concluding that, if "left unchecked, it would confine schoolchildren within an intolerant, inward-looking monoculture that would severely inhibit their participation in the life of modern Britain".

Exchanges on social media between senior figures at Park View Academy, one of the schools at the centre of the 'Trojan horse' row, included statements of intent to increase segregation at the school, homophobic remarks, disparaging comments about other Muslims, and anti-Western sentiment, including the questioning the truth of reports on the murder of British soldier Lee Rigby and the Boston bombings.

In one school, Golden Hillock, the report noted that students were shown images of jihad, involving a battlefield and rocket launches. At the same school students who did not wish to attend prayers had pressure put on them by staff and other students.

Mr Clarke suggests that children in the schools concerned were indoctrinated. One school appointed prefects nicknamed "religious police" by some teachers, who claimed that they reported to the head teacher any staff or pupils who were behaving in an un-Islamic way.

Shahid Akmal, a former governor from one of the schools concerned, Nansen Primary School, told an undercover reporter from a local Birmingham paper that, "white women have the least amount of morals," white children were "lazy" and that British people have "colonial blood".

Mr Clarke's report is heavily critical of Birmingham City Council, and suggests that the authority failed to support teachers and governors.

The former police chief talks of "incontrovertible evidence" that senior officials and elected members of Birmingham city council were aware of the practices set out in the 'Trojan Horse' letter as early as 2012.

He says, "There was never a serious attempt to see if there was a pattern to what was happening in school governing bodies. The council's approach has been variously described to me as appeasement and a failure in their duty of care towards their employees."

He also points to some potentially serious problems in some academies, stating that: "In theory, academies are accountable to the secretary of state, but in practice the accountability can almost amount to benign neglect where educational and financial performance seems to indicate everything is fine".

She said that "schools should open doors for children not close them" and that they should be preparing pupils for life in Britain. She also stated that "we should start with children and not with faith in relation to these matters"

Ms Morgan maintained the government's commitment to maintaining the central role of parents in the school system, and stressed that the findings of the report do nothing to undermine the government's education policy of the past four years. She said, "The expansion of the academy programme has been one of the great successes of this government". Ms Morgan also reiterated her approval and support for faith based schools.

Teachers in the schools could face misconduct charges, she told MPs.

The shadow education secretary, Tristram Hunt, said that "at heart of this report" there is a "devastating indictment of the government's schools policy" and stated that the "free-market model" of education pioneered by Michael Gove has "sunk".

The Muslim Council of Britain (MCB) rejected many of the report's findings, and accused Mr Clarke of being guilty of "conflating conservative Muslim practices with a supposed ideology and agenda to Islamise secular schools". However, the MCB said it supported "inclusive education" and was not calling for a curriculum that promotes segregation, or an outlook on life that does not accept the pluralism that exists in Britain today."

"Mr Clarke's report demonstrates that in a diverse society, schools' duty to community cohesion, rather than being "entirely peripheral" as Michael Gove once described it, is in fact key to ensuring our schools properly meet the needs of young people and wider society.

"The focus should now be on moving away from policies that encourage fragmentation and segregation in our schools, and instead creating a secular education system with a minimum curriculum entitlement for all pupils in all schools.

"The Government should also seize this opportunity to review the role of religion in schools and consider whether children's best interests are best served by an education system that not only permits, but actively encourages those running state schools to promote and seek to instil particular religious beliefs in children and young people."

The National Secular Society will be responding to the Government's consultation on improving independent schools standards.