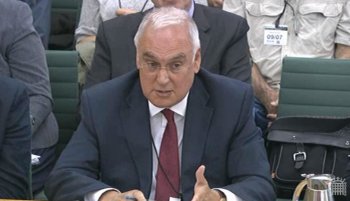 According to Ofsted's chief inspector, Sir Micheal Wilshaw, inspectors of the so-called Trojan Horse schools in Birmingham have found that pupils were "vulnerable to extremism" and that some had been targeted by hard line Muslim governors in a 'planned and orchestrated' plot to radicalise pupils.

Sir Michael made his comments whilst giving evidence to MPs on the education select committee.

He said that inspectors in some of these community schools had witnessed a promotion of a culture that, if to continue, would have made pupils vulnerable to extremism because of their "cultural isolation from society". He also argued that pupils not taught about other religions are vulnerable to intolerance.

Last month in the wake of the 'Trojan Horse' allegations, Ofsted placed five Birmingham schools in special measures. At all these schools it was found staff had been bullied by governors; that governors had been "coming into schools to move staff and for governors of the school to promote their ideas" according to Sir Michael.

He also observed that a number of headteachers in these Birmingham schools believed there had been an organised infiltration by Muslim extremists of the schools' governing bodies, and that the eight or nine headteachers he spoke to believed there had been a planned and orchestrated attempt at infiltration with peopling getting together and deciding which schools to target.

The chief inspector was clear that conservative religious views, no matter which faith, should not allow governors to bully staff, to force head teachers out of their jobs, to break the law or excuse unfair employment practices.

When pressed on what constituted problematic levels of religiosity in secular schools, Sir Michael said that he thought it perfectly reasonable that secular schools should serve halal food, so long as there is an alternative provided for pupils who don't want it. On the question of gender-based segregation in schools, he said, "In a designated mixed school…unless there are good educational reasons for separating boys and girls, then it shouldn't be done".

On the issue of inspections themselves, Sir Michael suggested that the rules may need to change in order to tackle the problem of extremist infiltration, as even giving schools just three hours' notice allows enough time for governors "to change things to fool inspectors".

Amongst other remedies suggested was that inspections might be carried out on a cluster of schools rather than concentrating on individual schools, and that a requirement for all schools to teach a "broad and balanced" curriculum be introduced making it one of Ofsted's principal inspection criteria.

On Birmingham specifically the chief inspector thought that the city's education department could be broken up and replaced with a series of smaller authorities across the city.

It emerged that schools in towns and cities such as Bradford and Luton had been targeted over governance issues, and that Ofsted has been looking at around 20 schools across England that have been downgraded from outstanding to inadequate due to "failings in governance". He clarified that these investigations were part of a wider concern relating to how schools are run, not necessarily because of fears of religious extremism.

Ofsted is currently reviewing guidelines on faith schools, which will be published in September this year.