There should be no embarrassment over challenging Muslim treatment of women, says Justice Minister 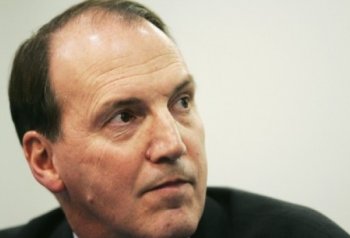 Justice Minister Simon Hughes has said Britain should not be "culturally embarrassed" about challenging Muslims over the wearing of the veil or the segregation of women.

Simon Hughes, the Minister of State for Justice and Civil Liberties, said women and men must be allowed to sit together to "challenge people's beliefs and practices" and take on Muslim "hardliners and fanatics" who oppose equality.

His comments came in a speech to the Girl Summit, an event dedicated to ending female genital mutilation (FGM) and child, early and forced marriage (CEFM) within a generation.

Mr Hughes said schools had been nervous to challenge communities on issues of FGM or forced marriage in fear that they were "tresspassing on a cultural space that was inappropriate" but that had changed in the last four years.

He said the shift was in part down to political leaders making a "personal commitment" to challenge communities publicly about FGM.

Mr Hughes said there was a "cultural shift" amongst Britain's Muslim communities in favour of equality. Those unwilling to accept examples of such parity, such as men and women worshipping together in mosques, were now "losing the battle", he said.

The Liberal Democrat minister also appeared to welcome a debate on the veil. Mr Hughes said there had been a "nervousness" about discussing what veils people can wear, face coverings at school, or whether Muslim women should be required to lift the veil when giving evidence in a court, but "we have broken though that now", he said.

Sara Khan, Director and Co-founder of Inspire, a counter-extremism and human rights organisation seeking to address the inequalities facing British Muslim women, welcomed Mr Hughes's comments. She said: "For years, organisations like mine have been at the forefront of fighting discrimination experienced by Muslim women not only in wider society but also within Muslim communities. We have consistently opposed the argument of "religious or cultural differences" which has often been used to ignore, deny or prevent women from receiving the same level of protection from human rights and equalities legislation which is afforded to other British women. Universal human rights belong to all British citizens.

"A cultural shift is indeed beginning to slowly take place within British Muslim communities, but we cannot be complacent. Our work within Muslim communities highlights to us that the fight against hardliners and fundamentalists who oppose equality is still a huge battle and will not change overnight. It is a generational battle. We therefore welcome the support of all those in British society who believe in equality and human rights for all."

Stephen Evans, campaigns manager at the National Secular Society, said: "There is no doubt that a fear of upsetting cultural and religious sensitivities has prevented FGM from being tackled effectively – despite such abuse being illegal in the UK since 1985. Whilst this is thankfully now changing, there is still a long way to go before the violence and inequality faced by Muslim women in Britain is adequately addressed.

"The treatment of Muslim women in Britain's unregulated and inherently discriminatory 'sharia courts' is undermining their legal equality, but little is being done to remedy this. Meanwhile, through its guidance on inheritance and succession rules, the Law Society is advising solicitors on how to implement the most regressive and misogynist interpretation of sharia available.

"Secularists, human rights activists and liberal Muslims must continue to work together to ensure Muslim women enjoy the same rights and level of legal protection as all other UK citizens."